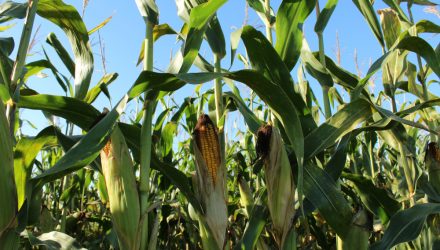 As China begins to purchase more corn, investors can look to a targeted exchange traded fund strategy to capture the strengthening market fundamentals.

The U.S. Department of Agriculture said Thursday that exporters sold 1.937 million metric tons of corn to China, the third-largest deal for the grain to any destination, Bloomberg reports. The deal beats the previous record sale to China earlier this month when 1.762 million tons were sold.

With China increasing its imports of corn, the increased demand could bolster corn markets and related ETF, the Teucrium Corn Fund (CORN). The beleaguered corn market has suffered from the coronavirus pandemic and on expectations of a larger corn crop later this year due to farmers’ increased acreage planted.

“China is going to have to buy more grains, and the trade deal with the U.S. shoehorns that demand toward the U.S.,” Tobin Gorey, agri-strategy director at Commonwealth Bank of Australia, told the Wall Street Journal.

China bought 2.1 million metric tons of corn through July 16, compared to 315 thousand metric tons in the same period last year, according to the U.S. Department of Agriculture. China, the world’s most populous country and second largest economy, is also the second-largest producer and consumer of corn after the U.S.

Looking ahead, China is expected to purchase $36.5 billion in U.S. agricultural goods as part of the phase 1 trade accord, or up from $24 billion in 2017. China’s Ministry of Agriculture and Rural Affairs also projected that the country will import six million metric tons of corn over the 12 months ending this September, or 50% higher than its earlier forecasts. This total would also amount to the highest total ever.

While Beijing stated that they are ramping up purchases to fulfill trade-deal commitments, some observers argued that the purchase will shore up corn shortages in parts of China and help curb rising prices. China has expanded its usage of corn beyond animal feed to things like cooking starch or ethanol fuel due to the depressed domestic prices over the past four years.