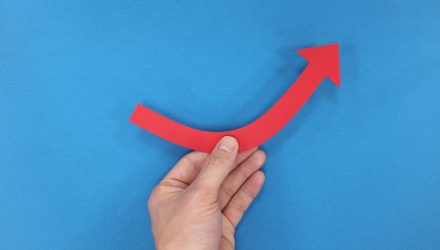 This Bond ETF Is Down, But Rebound Potential Lurks

Entering Wednesday, nearly every US-fixed listed fixed income exchange traded, regardless of underlying investment objective and geography, was in the red on a year-to-date basis.

The Federal Reserve likely didn’t do bond ETFs any favors with an interest rate increase of 50 basis points. On the other hand, it can be argued that the 50-basis point hike wasn’t 75 basis points, as some experts were expecting, indicating that risk-tolerant investors may want to evaluate some higher-yielding corners of the bond market.

That includes emerging markets and ETFs such as the American Century Emerging Markets Bond ETF (AEMB). As sure as the day is long, bonds issued by developing economies are faltering against the backdrop of rising U.S. interest rates. Investors that have been in the game a while know this scenario repeats, but this time around could be different. Really.

Owing to the poor start to 2022 by emerging markets bonds, many investors are getting visions of the 2013 taper tantrum, but 2022 and 2013 don’t make for an apples-to-apples comparison.

“Conditions today are very different, giving EMs much more resilience. One key component is currency reserves, which gives a country a buffer to absorb any damaging impact of rising U.S. rates and a strengthening greenback,” according to Morningstar research. “A rule of thumb for adequate currency reserves, as popularized by Fed Chairman Alan Greenspan in 1999, is that a country should manage external assets and liabilities in a way to be able to live without new foreign borrowing for up to one year, which translates into 7% of GDP. In 2013, 8 of 13 developing countries were well below that threshold, but by the end of 2020, only two were.”

Specific to AEMB, the American Century ETF sports an option-adjusted duration of 7.1 years. That’s intermediate-term territory and lower than some of the larger ETFs in this category. AEMB is actively managed, so rate risk can be reduced if needed.

Another element to consider is that many developing economies have significantly bolstered fiscal positions since 2013.

“In 2013, among the most fragile countries, current-account deficits averaged about 4.4% of GDP, compared to just 0.4% by mid-2021, external resource flows had reduced significantly, and real exchange rates were not as overvalued,” adds Morningstar.

Then there is the commodities component. AEMB allocates 38% of its weight to bonds issued by Mexico, Indonesia, Colombia, and Brazil – all of which are commodities-rich. That indicates those nations are likely generating the revenue necessary to service debt, including bonds held by AEMB.