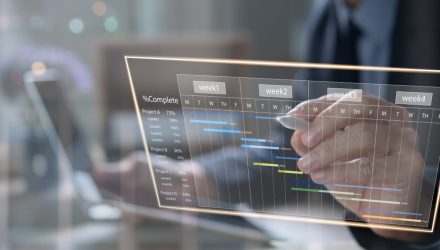 Amid bond market calamity, which is affecting previously docile fixed income assets such as municipal bonds, active management can be of benefit to investors.

One way of deploying active management with municipal bonds is with the American Century Diversified Municipal Bond ETF (NYSEArca: TAXF). TAXF’s status as an actively managed exchange traded fund is relevant at a time when fears about the intensity of the Federal Reserve’s interest rate tightening are weighing on muni bonds.

“Municipals posted negative performance in February amid heightened monetary policy and geopolitical uncertainty,” according to BlackRock. “Strong economic data and the expectation that the U.S. Federal Reserve would aggressively withdraw support drove up interest rates early in the month before the escalating conflict in Ukraine spurred volatility into month-end.”

As an active fund, TAXF can avoid longer-duration, highly rate-sensitive municipal debt as the fund’s management team sees fit. The American Century ETF could also be of near-term assistance to muni investors in what’s historically a rough month for this corner of the bond market.

“March has been the second-worst performing month of the year over the past five years as issuance usually spikes 16% month-over-month and the market moves to net positive supply,” adds BlackRock. “As seasonal dynamics turn less favorable, we expect to proceed with caution, although interest rate shifts and volatility may have more impact on total returns.”

TAXF is also a relevant fixed income consideration in today’s low-yield environment because the fund’s managers have the flexibility to allocate up to 35% of the roster to high-yield municipal bonds. Currently, approximately 73% of TAXF’s holdings are rated AAA, AA, or A, indicating that credit risk is minimal in the fund.

“We have shifted to a neutral-duration stance on municipal bond positioning and favor the intermediate part of the yield curve,” concludes BlackRock. “We prefer an up in quality bias overall while adding select high yield credits amid more attractive prices. We continue to focus on defensive sectors and pay particular attention to bond structures, favoring those with higher coupons and shorter calls.”

TAXF features exposure to 20 various types of municipal issuers, nearly a third of which are from California, New York, and Texas. The fund’s duration is 4.9 years, according to American Century data.