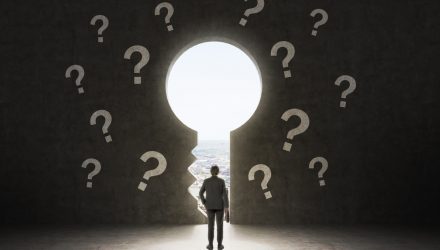 If 2021 was the year financial markets “jumped the shark”, then 2022 might best be characterized as the year markets offered a dose of cold, hard reality. Investors were rudely reminded that financial assets don’t go up in a straight line, though the downturn was more brutal than typical past experiences.

Last year finished as the fourth worst performance for the S&P 500 going back to 1950, with the U.S. stock benchmark index dropping over 18%. The last time investors witnessed similar losses was in 2008 during the Global Financial Crisis. Before that? The dotcom bust. It was also the worst year in history for broad U.S. bonds as the Bloomberg Aggregate Bond Index plummeted 13%. Taken together, 2022 was the third most challenging year for a traditional 60/40 stock-bond portfolio in the past 70+ years.

It wasn’t just U.S. stocks and bonds that suffered last year. Nearly every major asset class outside of commodities was deep in the red.  In other words, there were very few places for investors to hide in 2022.

The primary reasons for the difficult year have been well-documented: the Federal Reserve hiking interest rates seven times in an effort to battle 40-year high inflation, Russia’s invasion of Ukraine and the resulting impact on global commodity prices, and stretched stock valuations falling back down to earth.

At the beginning of 2022, we had contemplated and questioned what could be in store:

Investors received a resounding “yes” to that question. The Fed displayed a steel stomach and continued tightening policy in the face of historic financial market losses and signs of a slowing economy.  The geopolitical wild card of the Russia-Ukraine war only complicated matters and the end result was the quick dissipation of the market froth from 2021.

So, What Happens Moving Forward?

While nobody has a crystal ball, there are several areas investors should now feel much more confident about moving forward.  First, as we discussed last quarter, the silver lining of Fed rate hikes is that there is now actually “income” in fixed income. For over a decade following the Global Financial Crisis, savers were severely punished with historically low interest rates. In order to generate income, investors had to pursue riskier alternatives – which defeats the purpose of bonds as a ballast in a diversified portfolio.

The events of 2022 quickly changed that. At the beginning of last year, the 2-year Treasury bond was yielding around 0.75%. The 10-year Treasury bond yielded roughly 1.5%. At the end of 2022, those yields had climbed to 4.4% and 3.9%, respectively.  In other words, investors can now obtain a 4%+ yield risk-free. That’s a game changer for income-starved portfolios and certainly something conservative investors and retirees should be cheering about.

As for stocks, they are now much more attractively valued than where they began 2022. The forward price-to-earnings ratio for the S&P 500 currently hovers around its 25-year average of approximately 17. That is down notably from nearly 22 at the beginning of last year, which was the highest level going back to the dotcom bubble. While stocks aren’t necessarily cheap right now, there is no question the outlook for longer-term returns is meaningfully better than it was a year ago.

Perhaps the biggest factor in the shorter-term is the earnings component of the price-to-earnings ratio.  Fourth quarter corporate earnings are expected to show their first year-over-year drop since the third quarter of 2020.  Companies are grappling with higher labor and input costs. Consumers are struggling with resultant higher prices, which could ultimately curtail spending and negatively impact corporate revenue and earnings. This is a classic negative feedback loop that is leading to increased “recession” talk, particularly given the recent acceleration of corporate layoffs.

So, why might stock investors feel more confident now?  A recession – which we very well may already be in – is not necessarily a concern from a stock market perspective. For one, a case could be made that an economic downturn is already “priced-in” to stocks.  Secondly, and much more importantly for longer-term investors, stocks tend to do quite well following recessionary periods.

That said, there is still uncertainty over how deep a potential recession might be. In Fed speak, will the economy experience a “soft landing” or “hard landing”?  In our opinion, that is the key question for financial markets in 2023.

The Fed’s benchmark rate is currently set between 4.25% – 4.5%. Forecasts expect a terminal rate (point at which the Fed ends rate hikes) at just over 5%. If the Fed is too aggressive in their battle against inflation, that could lead to a harder landing.  If the Fed is too soft, they might be challenged to bring inflation back under control. While it’s difficult to predict exactly how this will play out, we believe investors are in a much better place to start 2023 than they were at the beginning of 2022. Again, there is now “income” in fixed income and stocks look more favorable valuation-wise.

As we embark on a new year, we continue to believe the best path forward for investors is to focus on factors they can control:  investment costs, diversification, and behavior. On the point of diversification in particular, it’s noteworthy that gold significantly outperformed most other asset classes last year. Even international stocks showed some relative outperformance, which could certainly continue. There’s a reason we construct globally diversified portfolios with a variety of asset classes and that showed in 2022, despite a highly uncharacteristic year where both stocks and bonds substantially declined.  We believe the benefits of diversification will continue manifesting themselves much more moving forward than we’ve seen over the past decade-plus.