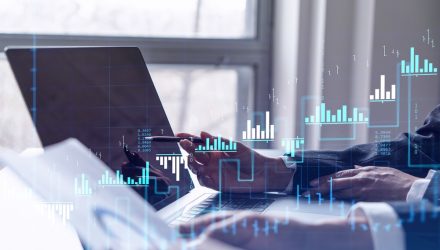 Growth stocks and related exchange traded funds rallied on Tuesday after the latest inflation data revealed that consumer prices were largely in line with expectations.

Growth stocks rebounded after taking a beating in the previous session in response to a spike in Treasury yields on expectations of an aggressive U.S. Federal Reserve monetary policy outlook to dampen inflationary pressures.

The Labor Department’s latest report revealed that consumer prices jumped to 8.5% for the 12 months that ended March, or slightly above estimates of 8.4%, but investors focused on the core CPI that was below estimates at 6.5%, which helped mitigate some concerns, Reuters reports.

“Inflation is still a really big part of the macro narrative here (but) we’re seeing some encouraging signs beneath the surface,” Mike Reynolds, vice president of investment strategy at Glenmede, told Reuters.

Consequently, yields on benchmark 10-year Treasuries pulled back on Tuesday after hitting their highest level in three years during the previous session. The falling yields helped prop up mega-cap growth and technology stocks.

Looking ahead, some believed that the inflation rate could begin to cool when comparing rising prices to the 2021 data set, which hails from when rising prices first began to spike.

“Those numbers, as you will remember, were so high,” Gargi Chaudhuri, the head of iShares Investment Strategy Americas at asset manager BlackRock, told the Wall Street Journal. “Inflation data is now indicating, perhaps, that we’re at peak or near peak.”