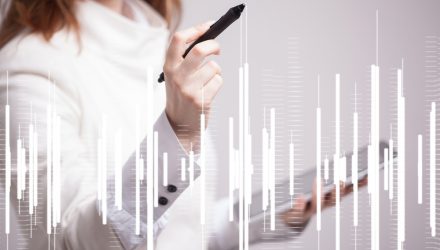 Data firm IHS Markit said its U.S. Manufacturing Purchasing Managers’ Index was at 62.6 in June, as compared to estimates of 61.5, but that manufacturers are still struggling to secure raw materials and qualified workers, Reuters reports.

The “high level of today’s surveys will provide some confirmation for the Fed that the time to begin taking its foot off the accelerator is not far away,” Jai Malhi, global market strategist at J.P. Morgan Asset Management, told Reuters.

Federal Reserve Chair Jerome Powell also stated that the central bank will not raise interest rates too quickly. His comments followed last week’s action when the Fed projected an increase in interest rates as soon as 2003. Since the Fed’s most recent outlook, growth stocks, including major tech names, have outperformed their value counterparts.

“People are plowing money into what has worked. People are basically momentum-chasing and they’re using the last three years of performance to figure out what to chase,” Mike Zigmont, head of trading and research at Harvest Volatility Management, told Reuters.

Investors who are interested in the growth style can turn to targeted strategies like the American Century Focused Dynamic Growth ETF (FDG), which is designed to invest in early-stage, high-growth companies. FDG is a high-conviction strategy designed to invest in early-stage, rapid growth companies with a competitive advantage, along with high profitability, growth, and scalability.