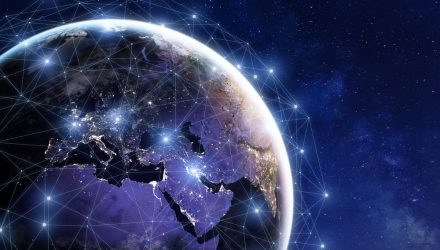 Growth stocks and related exchange traded funds jumped on Tuesday on a geopolitical relief rally in response to signs of de-escalation in tensions between Russia and Ukraine.

Russia stated that some of its units were returning to base after ending military exercises near Ukraine and urged continued dialogue on security for the region, Reuters reports.

“This morning is strictly about the perception that Russia may be pulling back from an attack which is a complete turnaround from yesterday’s fear that an attack was very imminent. So there’s a relief rally,” Rick Meckler, partner at Cherry Lane Investments, a family investment office, told Reuters.

While the easing of tensions between Russia and Ukraine helped assuage geopolitical risk-off fears, many could now refocus on inflation, which has already been troubling markets.

“We have two big crosscurrents. One that has been out there for a while, which is inflation. The other being in the near term—which has ramped up over the last week—which is Russia,” David Kalis, manager of the Future Fund Active ETF, told the Wall Street Journal.

Nevertheless, some wary investors are taking the de-escalation updates between Russia and Ukraine with a grain of salt.

“The market is believing what it is hearing in the headlines, but you do have to be careful with these things,” Hani Redha, a multiasset fund manager at PineBridge Investments, told the WSJ. “We have to be cautious on news like this in the so-called fog of war.”