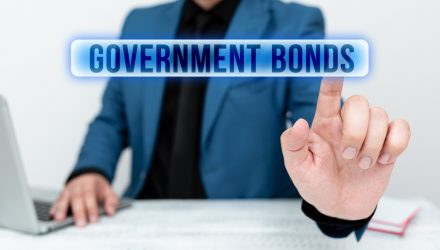 Yields on U.S. Treasury yields rose sharply Friday morning after the jobs report suggested the economy might not be cooling as fast as investors had assumed.

With its plan to raise rates to tame surging inflation, the Fed is expecting job growth to slow. But that’s clearly not the case if this jobs report is anything to go by. The report will be one of two the U.S. central bank will see before deciding how much to raise rates at its September meeting.

Municipal bonds are issued by federal, state, and local governments and agencies to pay for everything from road projects to school buildings. They’re typically considered a relatively safe investment since the issuer can impose taxes to repay the debt, though defaults are not unheard of.

Munis are generally exempt from federal taxes and, in some instances, may be exempt from state and/or local taxes. This makes munis especially appealing to investors in high tax brackets.

TAXF allocates up to 35% of its portfolio to riskier municipal securities, depending on market conditions. The fund is competitively priced compared with rivals in actively managed municipal bonds, though investors should compare performance and portfolio credit quality against some of the cheaper index options available.