You are at:Home»Core Strategies Channel»Corn and Wheat Prices to Continue Rising in the Midst of Drought 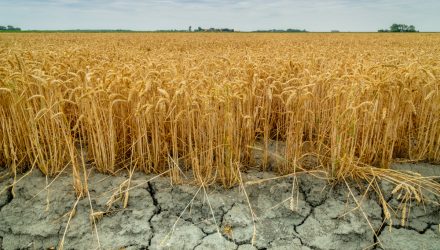 Extreme heat and drought are impacting vital cash crops, including corn and wheat, with prices continuing to rise in the midst of shortage.

Farmers, already struggling to make ends meet from the pandemic-affected prices of last year, are now facing a harvest of crops that are in poor condition at best. The Wall Street Journal reported that 63% of U.S. spring wheat crops are in poor or very poor condition, compared to only 6% last year at the same time.

The record-setting drought in a large swath of the U.S. — namely North Dakota, South Dakota, Minnesota, Iowa, and Nebraska — has caused the USDA to revise its expectations for crop production this year. North Dakota and Minnesota have close to the lowest reported soil moisture on record according to the National Oceanic and Atmospheric Administration.

According to their latest supply and demand report, the USDA put final harvests for wheat, corn, and soybeans at the lowest they have been since 2013.

“The ingredients for a demand-led bull [market]are firmly in place as international markets rise,” said agricultural research firm AgResource Co. in a note this month.

It’s a trend that is being seen globally, with Brazil’s second corn harvest, grown during the wintertime, vastly reduced due to drought, and wheat crops in Russia also affected by drought.

Invest in Reducing Emissions with ESGA

Extreme weather events such as droughts are forecasted to continue and worsen as climate change driven by carbon emissions and greenhouse gases affects the world.

The American Century Sustainable Equity ETF (ESGA) invests in companies that are reducing their emissions and carbon footprints, along with demonstrating other vital ESG components.

The fund measures the ESG performance of a company, weighing factors such as environmental impact, turnover of employees, corporate leadership, and more. The fund invests in U.S. large cap companies with large growth and value potential that rank highly on ESG metrics.

ACI’s proprietary model assigns a score to each security for financial metrics and a separate score for ESG metrics, then combines them for an overall score.

The highest-scoring securities are selected within each sector, creating a portfolio with strong performance and higher ESG ratings than the stocks in the S&P 500 Index.

The fund is a semi-transparent ETF, meaning that allocations are disclosed on a quarterly basis, not daily. As of its last disclosure, ESGA held companies like Alphabet (GOOGL), Home Depot (HD), and Microsoft (MSFT).

ESGA has a total annual fund operating expense of 0.39% and total assets of $150 million.