You are at:Home»Core Strategies Channel»Convertible Bond Drubbing Could Spell Opportunity With This ETF 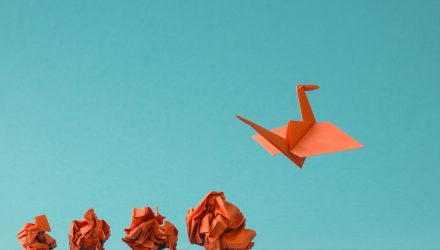 Convertible Bond Drubbing Could Spell Opportunity With This ETF

Historically, convertible bonds — corporate debt that converts to common equity in the underlying issuer upon maturity — are among the best-performing fixed income assets when rates rise.

That trend isn’t holding up this year, and it’s easy to understand why. Convertible bonds are hybrid securities, meaning that they display both equity and fixed income traits. In other words, this asset class is vulnerable when bond and stock prices decline as is happening in 2022.

The widely followed Bloomberg U.S. Convertible Liquid Bond Index is off almost 20% year-to-date, but that decline could indicate that opportunity will come to pass with exchange traded funds such as the American Century Quality Convertible Securities ETF (QCON). QCON is an actively managed ETF in a realm dominated by passive options, but active management could prove beneficial in this asset class.

“Because non-rated issues make up a significant percentage of the global convertible market, with many companies foregoing ratings to avoid the length and expense of the process, it’s mainly sophisticated investors who get involved in the market,” reports Ted Knutson for CFO Dive.

Another element of the convertible equation to consider is that while interest rate risk is typically low in this asset class, credit risk cannot be ignored. The reason is that many convertible issuers are young growth companies that aren’t yet graded by credit ratings agencies and don’t want to go through the expense of that process. Or they’re already carrying junk ratings and don’t want to incur the costs associated with another high yield corporate bond issue.

To that end, QCON’s status as an actively managed ETF is relevant to investors because the fund’s managers can potentially avoid credit-challenged issuers.

QCON, which debuted in February 2021, holds 130 convertibles. Of that group, 71.55% weren’t rated at the end of the first quarter, according to American Century data. Additionally, some market observers believe the current environment is conducive to elevated convertible issuance.

Creighton University finance professor Robert Johnson notes “now is the perfect climate for companies to issue convertible bonds. Rates are expected to rise and when they do, the issuer benefits and convertibles allow firms to pay a lower rate of interest than in the absence of the conversion privilege,” according to CFO Dive.