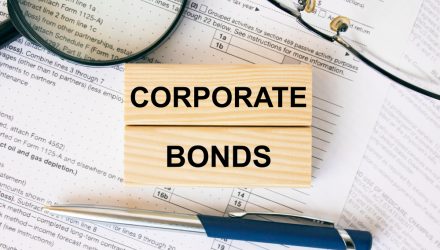 If fixed income is on the rebound, investors might be asking: Which bonds have the best potential for 2023? It’s an important question and carries much uncertainty surrounding how far the Fed plans to go before it believes it has sufficiently whipped inflation. One possible answer may come in the form of corporate bonds, accessible in an active corporate bond ETF like the American Century Diversified Corporate Bond ETF (KORP).

Corporate bonds, offered by all kinds of firms to interested buyers, could initially face some “choppy waters” as corporate credit spreads are pressed by a slowing economy in the first half of the year. A short and shallow recession could protect firms from too much pain, though, paving the way for investors to go for interest rates on corporate bonds that have risen past their 10-year averages after hitting all-time lows last year.

Should the economy drop, meanwhile, firms with higher credit ratings may use their cash to cut debt, a boon for those who hold bonds from those firms, according to Bank of America strategists. At the same time, debt will look even better compared to stocks should the latter struggle in a possible recession.

KORP itself has taken in $13.7 million in net inflows over the last month on top of $40.3 million over the last three months. It’s also outperformed its ETF Database category average over the last month. The active corporate bond ETF charges 29 basis points for its approach, with the bulk of its holdings in investment-grade debt, with a portion in junk-rated debt.

It maintains a slightly higher risk profile than found in the Bloomberg U.S. Intermediate Corporate Bond Index, which could enable it to produce higher yields in certain circumstances. Having just passed its fifth year of operation, KORP currently sits at $184 million in AUM.

Finding the right bond sleeve is one of the big tasks facing investors right now, with a variety of options available with income back in fixed income for the first time in a long while. Corporate debt is one option to follow, with KORP a notable option to keep an eye on in the coming weeks and months.