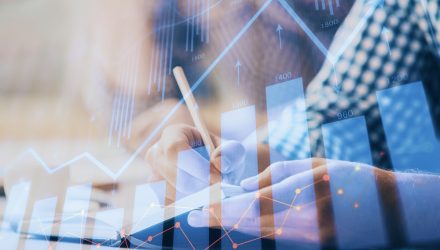 Amid Stalled Growth, Use FDG to Target Companies With Long-Term Growth Potential

As inflation continues to remain stubbornly high, the Federal Reserve seems determined to continue raising interest rates to bring it down. This is causing banking chiefs to warn that a recession is nigh. That could open a longer-term opportunity for patient investors in growth, like FDG.

Goldman Sachs CEO David Solomon said in an interview on CNBC’s “Squawk Box” on Tuesday that investors should brace themselves for “more volatility” and that “there’s a good chance” that the U.S. economy falls into recession.

“I think you have to expect that there’s more volatility on the horizon now,” Solomon said. “That doesn’t mean for sure that we have a really difficult economic scenario. But on the distribution of outcomes, there’s a good chance that we have a recession in the United States.”

Solomon added: “That environment heading into 2023 is one that you’ve got to be cautious and prepared for.”

It’s not just banking chiefs sounding the alarm. Even Amazon founder Jeff Bezos is getting nervous about his coffers. In response to Solomon’s comments on CNBC, the former president and CEO of the online retailing giant tweeted on Tuesday that it’s probably time to “batten down the hatches.”

“Yep, the probabilities in this economy tell you to batten down the hatches,” Bezos wrote in a tweet attached to a clip from Solomon’s “Squawk Box” interview.

As Solomon noted, in “an environment where inflation is more embedded and growth is slower… asset appreciation will be tougher.” So, patient investors seeking long-term growth in such an environment may want to consider a targeted growth strategy like the American Century Focused Dynamic Growth ETF (FDG).

FDG is an actively managed ETF that invests in companies in their early and rapid growth stages. The fund’s managers look for companies with a competitive advantage, profitability, growth, and scalability that other managers may overlook. The investment team then builds a portfolio of 30 to 45 growth companies that are believed to “be the next decade’s winners,” according to American Century.

“Our strategy selectively invests in early stage and rapidly growing companies that have opportunities to expand their business and compound shareholder investments at high rates over time,” American Century added. “We generally avoid mature companies in the declining growth phase.”

“It is true that stocks — and growth stocks in particular — are negatively correlated with rising interest rates in the short run. We think it’s important to stay focused on the multi-year horizon for growing companies well-positioned to capitalize on enduring trends,” wrote Keith Lee, a senior vice president and senior portfolio manager for American Century Investments. “Higher rates don’t mean companies will suddenly stop innovating or completely change their research and development spending or marketing efforts.”