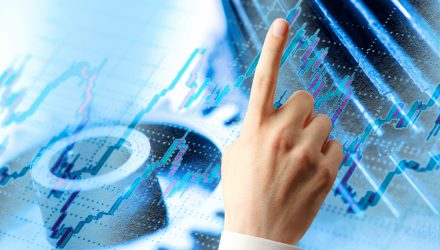 A Value ETF With Defensive Appeal

There are signs that U.S. economic growth is slowing, indicating that some of the cyclical groups that led last year’s value resurgence may encounter headwinds as 2022 moves along.

Fortunately, there are some values to be had among defensive sectors, and not all cyclical sectors will be vulnerable. For exchange traded funds investors, selectivity is key because many traditional value ETFs are heavy on cyclical sectors.

On that note, the American Century Focused Large Cap Value ETF (FLV) is an ETF for value investors to consider. The fund, which aims to beat the Russell 1000 Value Index, does an admirable job of mixing cyclical and defensive sectors, which is a potentially compelling trait in the current market environment.

“It’s true that some of the slowing as we entered 2022 was likely the result of the COVID-19 omicron variant surge, which is now easing,” writes David Kastner of Charles Schwab. “Also, household savings are still well above pre-crisis levels—but much of it may be in the hands of wealthier households that are less likely to spend it. For many others, the fiscal policy tailwinds from the last two years are likely to become a headwind as federal spending slows.”

Translation: Some of the factors that previously propelled cyclical sectors are waning. With interest rate increases likely just weeks away, the one cyclical sector investors may want to consider is financial services, which Schwab has upgraded to “outperform.” That’s relevant to the FLV thesis because that sector — the most positively correlated to rising Treasury yields — accounts for a quarter of the ETF’s roster. In fact, financials historically beat the other cyclical sectors.

“Financials are an exception to what might be expected, given the sector’s quite cyclical nature, outpacing the overall market 50% of the time. Many of these occurrences were near Fed rate hikes—when Financials tend to outperform,” adds Kastner.

“These sectors include companies whose products and services are consumed even in a weak economy, or who typically pay high dividends that are attractive during a period of slower market growth,” notes Kastner.

Among those groups, consumer staples and healthcare often exhibit favorable low volatility and quality traits while being prime destinations for reliable dividend growth — something to consider against the backdrop of persistent inflation. Healthcare and consumer staples names combine for 39% of FLV’s roster.