You are at:Home»Core Equity Channel»With More Stores Closing, This Retail ETF Could be a 2020 Winner 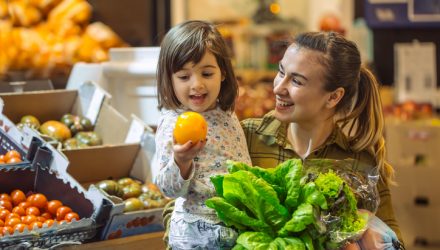 With More Stores Closing, This Retail ETF Could be a 2020 Winner

Against the backdrop of brick-and-mortar carnage in the retail space, the ProShares Decline of the Retail Store ETF (NYSEArca: EMTY) could be poised to deliver for tactical investors in 2020 as retailers shutter more stores across the country.

“This year, it was clear that both categories lost ground as consumers continued their steady migration to Amazon.com Inc. and other competitors,” reports Bloomberg. “While traditional retailers like Macy’s Inc. and Gap Inc. have invested in e-commerce and a better in-store experience, it’s in doubt whether that will be enough to restore their former stature.”

Proof’s In The Pudding

A slew of data points out this confirms that stores are closing at a rapid rate and that shoppers continue embracing online venues.

Breaking down the retail segment, e-commerce sales this year made up 14.6% of the total, or up 18.8% for the same period last year, according to Mastercard’s recent data based on retail sales from November 1 through Christmas Eve. Overall holiday retail sales, excluding autos, increased by 3.4%. Add to that, markets are having their say in the matter.

“Department stores were the worst sector on the S&P 500 this year, and Macy’s and Gap, along with Kohl’s Corp., L Brands Inc., and Nordstrom Inc., were among the poorest-performing individual stocks in the index,” according to Bloomberg. “Revenue has flattened for many companies, with department stores and apparel chains losing market share to online and discount retailers like Ross Stores Inc. and TJX Cos., which owns Marshalls and T.J. Maxx.”

Bolstering the case for EMTY is that 7,600 stores closed this year and by many accounts, that’s not nearly enough, indicating more closures could take place in 2020.

“More than 7,600 stores closed this year through October, a record for that point in the year, according to Credit Suisse. And the outlook for 2020 doesn’t look any brighter, the firm said,” reports Bloomberg.