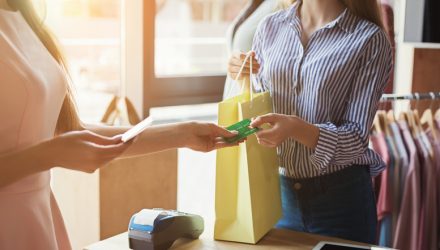 With Black Friday Looming, Traders Get Bearish on a Big Retail ETF

The holiday shopping season is in full gear and gift-givers will be reminded that of this week with Black Friday set to arrive in a matter days. That should be good news for an ETF such as the  SPDR S&P Retail ETF (XRT), but data suggest some traders are preparing for the oldest retail ETF to decline.

In recent days, there has been some interesting options activity in XRT.

“To be more specific, there’s been a sharp increase in the front-month gamma-weighted Schaeffer’s put/call open interest ratio (SOIR), an indicator that looks at near-the-money open interest in the front-month options series,” according to Schaeffer’s Investment Research. “Since the start of this month, this number has been rising, aside from a brief dip around November expiration, and has gone from 0.49 to 2.33 — showing near-the-money puts now double calls in the December series. The most open interest is at the December 43 put (the most popular strike overall), followed by the 39, 40, and 42 puts.”

Recent earnings from some marquee brick-and-mortar retailers could be buoying investor sentiment toward the group while market participants bet that the Federal Reserve will act swiftly in the event the U.S. economy weakens.

However, XRT remains in a potentially precarious near-term position due to consumer-related data. On Tuesday, data showed consumer confidence fell in October, marking the fourth-straight month of declines.

“The Conference Board’s gauge decreased to 125.5 from an upwardly revised 126.1 in October. The reading, issued Tuesday, fell short of the 127 median projection in a Bloomberg survey of economists. The group’s measure of present conditions dropped to a five-month low, while economic expectations rose for the first time since July,” reports Bloomberg.