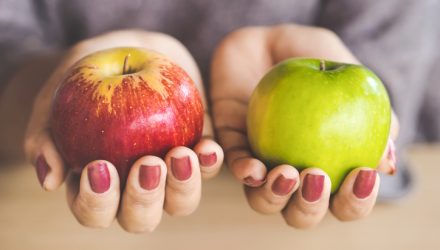 Why Growth Can Maintain Its Edge Over Value

When looking at a comparison of the iShares Russell 2000 Growth ETF (IWF) versus the iShares Russell 1000 Value ETF (IWD), it is clear growth is enjoying a significant advantage over value this year, something that has been the case for nearly a decade.

Growth stocks are often associated with high-quality, prosperous companies whose earnings are expected to continue increasing at an above-average rate relative to the market. Growth stocks generally have high price-to-earnings (P/E) ratios and high price-to-book ratios.

“Growth’s recent out-performance conforms to the post-crisis norm,” said BlackRock in a recent note. “Focusing on price returns, since 2010 growth has outperformed value by an average of approximately 350 bps a year. The out-performance has not only been meaningful, it has been consistent. During the past five years value has only outperformed meaningfully on one occasion, 2016.”

Investors can still enhance their portfolios as the bull market extends with growth-oriented stocks that continue to perform despite the recent bouts of volatility. The growth style has outperformed the market in spite of being prone to sell-offs with strong corporate earnings.

“As others have noted, a large part of growth’s winning streak can be attributed to stellar earnings growth, particularly from technology companies,” according to BlackRock. “That said, multiple expansion, i.e. paying more for a dollar of earnings, has played a part as well. Since the 2011 market bottom, the trailing price-to-earnings (P/E) ratio for the Russell 1000 Growth Index is up roughly 65%. In contrast, the value index’s P/E ratio has expanded by a more modest 40%.”

However, at times, growth stocks may be seen as exorbitant and overvalued, causing some investors to favor value stocks, which are considered undervalued by the market. Value stocks tend to trade at a lower price relative to their fundamentals (including dividends, earnings, and sales). While they generally have solid fundamentals, value stocks may have lost popularity in the market and are considered bargain priced compared with their competitors.

“But while growth stocks are not particularly cheap, it is not obvious that they are expensive. Valuations are slightly below the long-term average. In other words, the fact that growth looks stretched relative to value is not a function of growth being particularly rich but value being very cheap,” according to BlackRock.