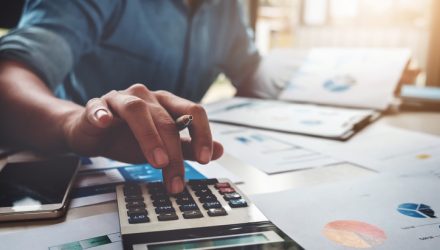 When The Market Calms, Consider a Reverse-Weighted Solution

The Reverse Cap Weighted U.S. Large-Cap ETF (CBOE: RVRS) gives investors a unique avenue for accessing the S&P 500. Simply put, RVRS takes the smaller members of the S&P 500 and moves those stocks to head of the line while moving large- and mega-cap names to the lowest weights.

RVRS seeks to reflect the performance of the Reverse Cap Weighted U.S. Large Cap Index, which is comprised of S&P 500 constituents. However, the fund places greater emphasis on the bottom of the large-cap market, essentially turning the S&P 500 upside down.

In terms of where the fund can fit into a portfolio, investors can be tactical with their capital allocation since RVRS can be used as a standalone product or in conjunction with an S&P 500-focused ETF for broad exposure to equities. Adding RVRS to the mix gives investors the diversification via smaller cap exposure to the S&P 500.

Related: An ETF that Beats the S&P 500 By Turning it Upside Down

“This additional return (and the relationship to SPEWI) is partially derived from the higher Size (SMB), Value (HML) and Anti-Momentum (MOM) factor loads expressed in the Reverse Index, relative to the other S&P weighting schemes,” said Blechman. “Reverse merely places additional load on the factors that drive differentiation between SPEWI and SPX.”