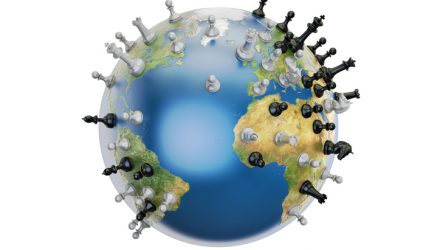 The markets were paring back early losses in response to growing anxiety over the U.S. airstrike last week that killed a key Iranian military official in Iraq and fueled speculation that Tehran could escalate the violence and retaliate across the oil-rich region, the Wall Street Journal reports.

“The market seems to be digesting this in a very calm way, relative to how it’s reacted in the past when there’s been dramatic escalation of tensions in the Middle East,” Buchanan told the WSJ.

The sudden bout of geopolitical risk ended an extended rally that helped push U.S. markets toward new records toward the end of 2019.

“The best way to describe it (Monday’s market move) would be tentative, because the markets are down very modestly given the geopolitical turmoil,” Randy Frederick, vice president of trading and derivatives for Charles Schwab, told Reuters. “Historically these type of things don’t cause long-term impact on the market, but it depends on how severe it gets and how long it lasts.”

Crude oil futures were among the best performers on the heightened risk to oil supplies in the Middle East. Ole Hansen, head of commodity strategy at Saxo Bank, also warned of further supply risks from Libya, which produced about 1 million barrels of oil per day in 2019, as Turkey’s parliament authorized the government to dispatch troops to Libya.

“We are in a period of extreme uncertainty,” Hansen told the WSJ. “The global economy is not that strong and a spike in oil prices is not good for growth.”