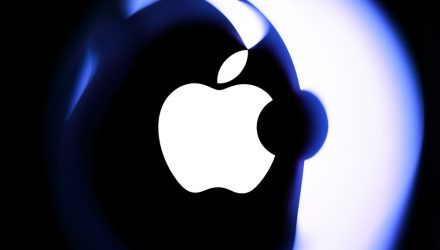 U.S. markets and stock exchange traded funds retreated Tuesday after Apple’s warning of a revenue hit in response to the diminished economic activity from the coronavirus outbreak in China, potentially marking the first negative outlook among large multinational companies.

Technology bellwether Apple revealed a surprise sales warning Tuesday that fueled risk-off selling over the potential impact of the coronavirus on the global economy. The company said it would fall short of its first quarter sales target due to slower iPhone production and lower demand in China, Reuters reports.

“This is a reality check that it’s really happening,” Kit Juckes, a macro strategist at Société Générale, told the Wall Street Journal. “While it’s not a big surprise that the global economy has been affected all the way to California tech, some people take this as a confirmation.”

The revelation also dragged on other companies that are tied to Apple’s supply lines, including Qualcomm, Broadcom, Qorvo and Skyworks Solutions.Semiconductor companies were especially battered as they are heavily reliant on China for revenues.

“The market is taking it in (its) stride, meaning that they know that this virus is going to have an impact on the supply chain but the severity of the impact is still unclear,” Jeff Kravetz, regional investment strategist at U.S. Bank Wealth Management, told Reuters. “But investors are not overly concerned and we’re higher this year just because we’ve got an accommodative Fed, higher earnings and – when you exclude the impact of the virus- an incredibly resilient consumer.”

The markets are still trying to digest the full economic impact of the virus outbreak in China after many companies shut down Chinese operations temporarily and Beijing restricted travel and movement in public spaces, which led to a slowdown in consumer spending and industrial production.