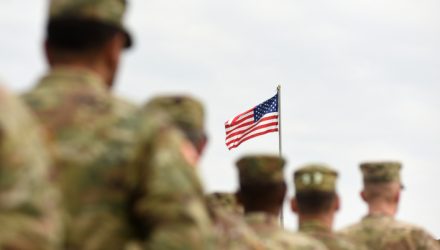 Investors pivoted from geopolitical risk to trade optimism on Thursday after comments from China that its top trade negotiator Vice Premier Liu He will travel to Washington next week to sign a phase-one accord, the Wall Street Journal reports.

“Some of the worst-case scenarios have receded and you’re seeing that play out through the capital markets, helping to fuel this relief rally,” William Northey, a senior investment director at U.S. Bank Wealth Management, told the WSJ.

With the Phase 1 trade deal set, President Trump and his administration will begin negotiations on the Phase 2 part soon, but he warned that the completed agreement may not come until after the November presidential elections.

Step back from military conflict

The Middle East crisis seems to be abating as the U.S. and Iran step back from a military conflict. President Donald Trump has already stated that no new U.S. strikes will follow the Iranian missile attack on an Iraqi base that left no casualties.

“We’ve got an easing in geopolitical tensions which is supporting risk assets,” Paul Danis, chief global strategist at wealth manager Brewin Dolphin, told Reuters. “Trump is focused on the (2020 U.S. presidential) election and he wants to avoid an escalation (with Iran) that would push oil price higher and hurt the voters.”

While risk assets rallied, investors have been dumping safe-haven bets like gold bullion, which have seen prices dip back, and government bonds, sending Treasury yields higher.