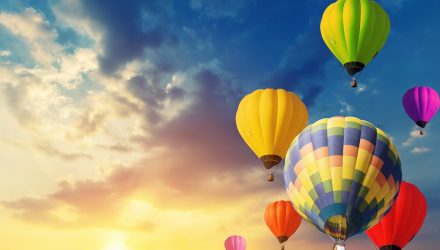 Data indicates dividends continue growing in much of the developed world, including the U.S., a theme that bolsters the case for exchange traded funds, such as the ProShares S&P 500 Aristocrats ETF (CBOE: NOBL).

NOBL tracks the S&P 500 Dividend Aristocrats Index, a benchmark that only includes companies that have boosted dividends for 25 consecutive years. Dividend growth strategies, including NOBL, often feature exposure to the quality factor and a recent analysis of NOBL’s underlying index confirms as much.

“Global dividends rose 7.8% in the first quarter to $263.3 billion, matching last year’s growth and pushing the Janus Henderson global dividend index to an all-time high, according to a report by the asset manager on Monday,” reports Reuters.

Once again, the U.S. was a major driver of global dividend growth.

“U.S. payouts rose 8.3% to a record $122.5 billion, with 90% of companies in the asset manager’s index increasing their payouts and banks making the strongest contribution to growth,” according to Reuters.

NOBL allocates nearly 13% of its weight to the financial services sector, the fund’s third-largest sector weight.

Companies that have consistently increased dividends tend to be high in quality and show a strong potential for growth. These dividend growers have been able to withstand periods of market duress, exhibiting smaller drawdowns as investors sold off riskier assets, while still delivering strong returns on the upside, to generate improved risk-adjusted returns over the long haul.

Investors should expect a moderated pace of payout growth this year, in the U.S. and some other developed markets.

“Janus Henderson expects a record $1.43 trillion in payments this year, up 4.2% in headline terms, the report said,” according to Reuters. “That’s substantially lower from the 9.4% rise seen in 2018 and would be the slowest growth since 2016.”

Healthcare, which is NOBL’s fourth-largest sector weight at 10.82%, was an important contributor to global dividend growth in the first quarter.

“By sector, pharmaceutical companies offered the biggest payouts in the quarter, contributing $1 in every $8 paid globally due to special dividends from Novartis and Roche,” notes Reuters.