You are at:Home»Core Equity Channel»Time For The TOLZ Infrastructure ETF 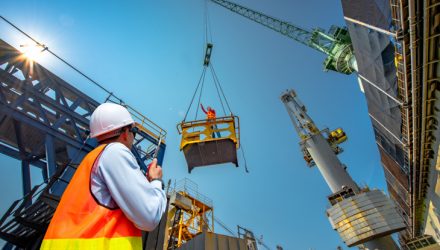 Time For The TOLZ Infrastructure ETF

With a dividend yield north of 3%. TOLZ has outperformed the S&P 500 by about 230 basis points over the past week as equities have been slammed by the COVID-19 epidemic.

TOLZ “focuses on companies whose assets include airports, toll roads, ports, communications, electricity distribution, oil and gas storage, and transport, and water in both developed and emerging markets. To be included in the index, companies must derive more than 70% of their cash flows from infrastructure assets. The index excludes companies that supply services such as construction and engineering to the infrastructure industry,” according to ProShares.

“Infrastructure—transportation, energy, water, and communication—is essential to modern society,” said ProShares in a recent note. “As an asset class, infrastructure has historically offered growth potential, steady income, and resilience during market downturns. Infrastructure can be attractive in many economic climates and for many investors.”

“Many developed countries lag in repairing or replacing aging infrastructure, whether it’s deteriorating bridges and roads, overused transportation hubs or communications systems in need of upgrades,” according to ProShares. “And as developing economies emerge and megacities of more than 10 million inhabitants grow, the need for new infrastructure to deliver clean water, electricity, transportation, and communication is likely to escalate. In fact, it’s estimated that globally, $94 trillion will need to be spent by 2040 to meet these requirements.”

Numbers like that bode well for TOLZ long-term thesis.