You are at:Home»Core Equity Channel»The Barriers to Investing in Private Equity Are Too High 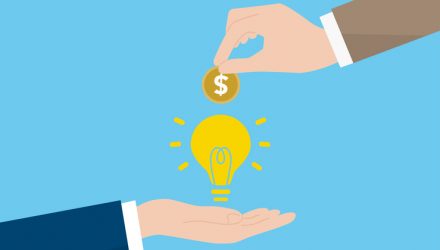 The Barriers to Investing in Private Equity Are Too High

The rich are getting richer and the poor are getting poorer, and for that we can largely blame policies of envy that increasingly restrict investors’ access to wealth-building instruments.

Case in point: I was recently invited to participate in a private placement, and the required paperwork was, to put it mildly, discouraging. I don’t just mean that it would have taken an inordinate amount of time to complete. I mean that no ordinary retail investor could easily fill out the paperwork without the assistance of an attorney or accountant—or both. The entire process is so convoluted and complicated that it’s easier to take out a mortgage than it is to invest in private equity (PE) and venture capital (VC).

Which is a shame. Multiple studies have shown that alternatives such as PE and VC can far outperform publicly traded stocks. One study in particular showed that a hypothetical $10,000 investment in a fund that tracks the S&P 500 would have grown to $76,123 over the 30 years through 2017. Not bad—until you learn that the same $10,000, invested in private equity, would have grown to an average $211,071, or 2.5 times greater than the S&P 500 returns.

Granted, PE/VC have their own unique set of risks, and shares are extremely illiquid. But the way regulators have it set up, only the uber-wealthy—those who can afford a team of lawyers and accountants—are able to participate. The barriers are simply too high for 99 percent of investors, and so they’re locked out.

This all comes at a time when companies are tapping private financing more and more in an effort to skirt going public. There are a multitude of reasons why companies are choosing to stay private, some of which I discussed last summer. One of the reasons is that publicly traded firms are facing tougher and costlier regulations. Growth in accounting and auditing fees for public companies nearly doubled between 2016 and 2017, while similar fees for private companies shrank somewhat.

Compounding this is the fact that the percentage of Americans with money invested in the public stock market is trailing earlier years. In an April survey, only 55 percent of Americans said they owned stocks, either directly or indirectly. That’s down considerably from the series high of 65 percent set in April 2007, soon before the financial crisis.

So if Americans aren’t invested in the stock market and are restricted from getting access to PE and VC, how are they growing their wealth? The unfortunate answer is that many are not. As I shared with you back in March, one in five Americans have absolutely nothing saved for retirement.

This is one of the reasons why we created the ABC Investment Plan, which allows everyday investors the opportunity to invest affordably with dollar cost averaging. After an initial $1,000, investments are as little as $100 a month. You get to choose the day of the month your investment is transferred from your checking or savings account to your investment account.

I’ve heard from colleagues and others that the high barriers to entry for PE and VC are by design. Some lawmakers would simply prefer that you don’t invest at all, for a number of reasons. Investing isn’t “politically correct,” for one. It doesn’t fit a socialist agenda. Wall Street, we’re told, is “evil.”

That last point is the thesis of Hustlers, the new film starring Jennifer Lopez. In case you missed it, J.Lo plays an aging stripper who drugs unsuspecting men and robs them blind by maxing out their credit cards. But don’t worry too much, the movie seems to say. Most of the victims work on Wall Street, so they probably had it coming to them. (In the real-life version that the movie is based on, it was actually a cardiologist who alerted authorities after recognizing the effects of the drugs the swindling strippers put in his drink.)

No wonder public opinion of capitalism in general has dipped in recent years. A survey conducted in March by RealClearPolitics found that 45 percent of registered voters—nearly half—said that Wall Street banks and investment firms were making it more difficult for Americans to attain the American Dream. Only 13 percent said they were making it easier. What’s more, Gallup found last year that a majority of registered Democrats had a more favorable view of socialism than they did capitalism.

These attitudes, in turn, motivate certain legislators to pass even stricter laws based on envy and jealousy. Elizabeth Warren, the Massachusetts senator whose polls in the 2020 presidential race are rising, is “no friend of the equity market,” says David Rosenberg, chief economist and strategist at Gluskin Sheff. The number one issue that investors should be worried about right now, according to Rosenberg, “should actually be the rising prospect of an Elizabeth Warren presidency, coupled with the House staying Democrat and the Senate flipping that way.”

If lawmakers and bureaucrats truly cared about addressing income inequality and improving social mobility, they would relax the barriers that stop investors from participating. (In fact, current SEC commissioner Robert Jackson has stated he wants to do just that.)

Until that happens, though, I would make sure I’m setting aside what I can every month. Our ABC Investment Plan makes it easy and affordable to do so.

The S&P/TSX Composite Index is the benchmark Canadian index, representing roughly 70% of the total market capitalization on the Toronto Stock Exchange with about 250 companies included in it. The S&P 500, or just the S&P, is a stock market index that measures the stock performance of 500 large companies listed on stock exchanges in the United States. The Russell 2000 Index is a small-cap stock market index of the bottom 2,000 stocks in the Russell 3000 Index.

A program of regular investing doesn’t assure a profit or protect against loss in a declining market. You should evaluate your ability to continue in such a program in view of the possibility that you may have to redeem fund shares in periods of declining share prices as well as in periods of rising prices.