“Would Trump’s impeachment crash the market?”

A reader asked me after House Speaker Nancy Pelosi announced a formal impeachment inquiry into President Trump’s dealings with Ukraine.

A lot of people have a vague sense that impeaching Trump is bad for stocks. Political chaos means stocks go down, right?

Well, no—not necessarily. If history is any guide, fundamentals and not politics drive the stock market.

The impeachment process makes for riveting political theater. But it has little to no effect on the stock market. And we’ve already seen hints of that.

Pelosi announced the impeachment inquiry on September 24. Since then, the S&P 500 has stayed flat: 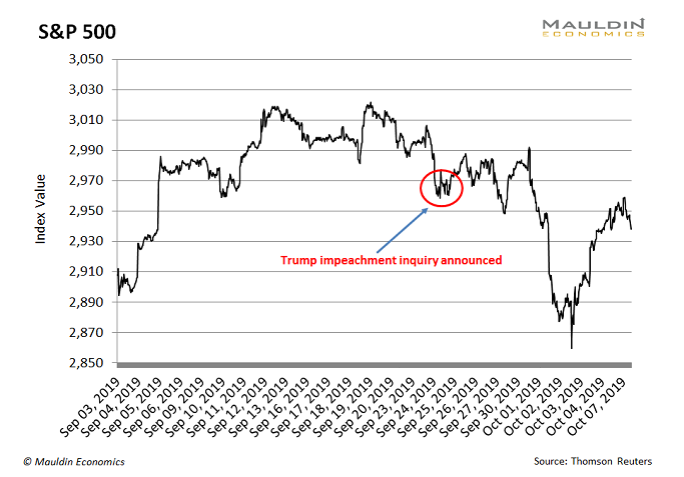 Think back to the Clinton era…

The House opened a formal impeachment inquiry into President Clinton in October 1998. It voted to impeach him that December. Then the Senate acquitted him in February 1999.

People were scandalized. But stocks could not have cared less. The S&P 500 shot up 27% as the whole debacle played out: 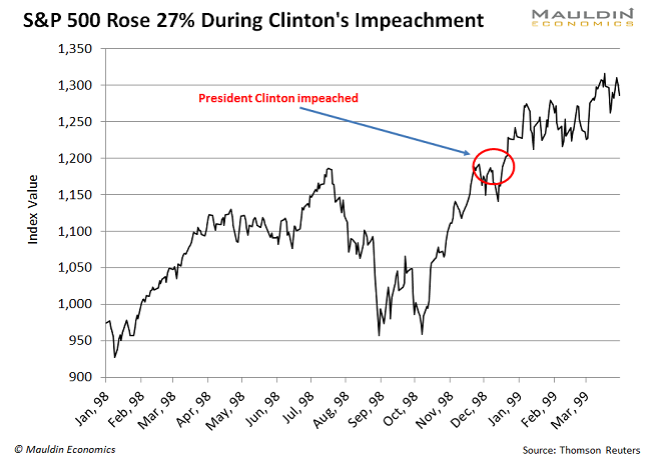 That’s nothing to sneeze at. The S&P 500 has risen about that much since February 2017. But the impeachment circus didn’t drive the big Clinton-era gains, as I’ll show you in a moment.

Nixon—The Impeachment that Never Was

During Nixon’s near impeachment, stocks did the opposite of what they would later do during the Clinton days.

Nixon resigned in August 1974, shortly before the House could vote on impeachment. 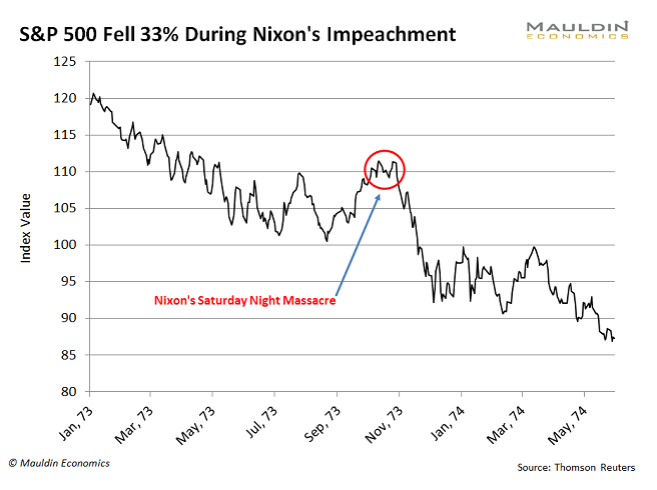 That’s a steep drop. But there were other factors driving the market, just as there were during Clinton’s impeachment.

This Is What Drives Stocks

Let’s take a side-by-side look at the economic fundamentals during the Nixon and Clinton impeachment proceedings and see how they compare to our current situation.