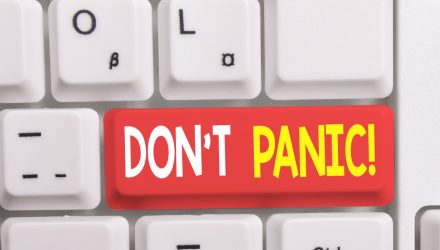 Should You Buy the Panic?

If anyone has the right to say “I told you so,” it’s Bill Gates.

Two years ago, the co-founder, former CEO and now former board member of Microsoft urged governments to step up their preparedness in the event of a modern global pandemic. Such an event, Gates warned, could conceivably be more dangerous than any other threat facing humanity today, including nuclear proliferation, due mainly to the fact that we’ve become so interconnected.

Because new vaccines take time to develop and deploy, the U.S. in particular needed to invest in “antiviral drugs and antibody therapies that can be stockpiled or rapidly manufactured to stop the spread of pandemic diseases or treat people who have been exposed,” Gates said in a speech at the time.

And in a 2018 interview with STAT, he said he found it “strange… that the world isn’t doing more” to brace itself for a potential pandemic. “We think the idea of spending what would be a tiny part of the budget to be ready for a pandemic makes sense,” he added.

This last comment reminds me why it’s so important to allocate 10 percent of your portfolio in gold and gold mining stocks. It “makes sense” to be ready for a market crash such as the one we’re seeing now as a result of the spread of COVID-19, which the World Health Organization (WHO) recently declared a pandemic and, on friday, President Donald Trump declared a national emergency.

Gold bullion went negative for the year as of Friday, as investors liquidated their holdings to ride out the volatility. And although they haven’t sold off as deeply as the rest of the market, gold mining stocks look cheap now, meaning it may be time to consider adding to your exposure. As of Friday, gold prices were up about 3.5 percent for the three-month period and up 18 percent from a year earlier. What this means is that we could see very attractive revenue and cash flow from gold mining stocks this quarter.

The yellow metal could also continue to benefit with additional monetary accommodation. In a surprise move Sunday evening, the Federal Reserve slashed interest rates to near-zero. This follows its announcement last Thursday that it would be making as much as $1.5 trillion in capital injections to calm liquidity issues. How much extra liquidity will be needed to calm markets before all is said and done? Five trillion dollars? Ten trillion? I’ve discussed the relationship between excessive money printing and the price of gold before, and suggested it could easily surge to $10,000 an ounce, especially with government bonds around the world still offering negative yields.

“Our rate of sale in just the first part of March exceeds 300 percent of what was sold last month,” the Mint said in a press release.

We’ve long known that silver has antibacterial and antiviral properties, which may have prompted at least some of the heavy buying. Having said that, it hasn’t been proven that the white metal is effective in preventing or “curing” the coronavirus, and in fact a couple of public figures—radio host Alex Jones and televangelist Jim Bakker—are currently being investigated by state attorneys general for claiming as much.

Despite investor demand, silver prices have tumbled along with other precious metals that have industrial applications, palladium included. As a result, the gold/silver ratio, which tells you how many ounces of silver it takes to buy one ounce of gold, rose to its highest level on record last week. As of March 8, the ratio was nearly 103, beating the previous record of 101.8 in February 1991. A New Definition to “March Madness”

Is COVID-19 what Gates had in mind a couple of years ago? I’ve heard more than a few times, as I’m sure you have, that the media has overblown the risk the coronavirus poses. After all, the seasonal flu kills tens of thousands of people every year, and yet we generally don’t close schools, cancel music festivals or quarantine entire cities during flu season. The National Collegiate Athletic Association (NCAA) has cancelled March Madness, joining major league basketball, hockey, soccer, baseball and more in suspending play.

Compared to past viral outbreaks—SARS, MERS and certainly Ebola—COVID-19 appears to be less fatal, and yet has received far more media coverage.

Perhaps paradoxically, that’s part of the reason why COVID-19 has had a much bigger impact on public health and the economy relative to those other diseases. Its spread “is promoted by the combination of a less abrupt onset of symptoms and the virus’s ability to replicate rapidly in the upper respiratory tract at the early onset of the illness when individuals are asymptomatic,” according to a research report by the National Bank of Canada. People, therefore, “carry on with their usual activities while unknowingly infecting others.”

This, in turn, has the potential to put “sudden and tremendous pressure” on our health systems. Just look at Italy, which is currently on lockdown with over 24,700 confirmed cases, the most of any country outside China. Hospitals there are completely overwhelmed, with some doctors reportedly having to make tough decisions about who does and does not get treatment.

To make matters worse, we don’t fully know just how contagious and deadly COVID-19 is yet. It’s a novel, as in “new,” coronavirus. I have no doubt in my mind that we’ll eventually demystify the virus and develop new treatments and vaccines, but for now, the uncertainty can be paralyzing for some. The 9/11 attacks ushered in the creation of the Department of Homeland Security, the Transportation Security Administration (TSA) and more. What will this pandemic bring in? My guess is that it may lead to better innovations to detect if people are running high temperatures in airports, schools and other public places, not to mention stronger border controls for right of entry to prevent the spread of disease.

The Virus of Fear

You may believe the fear over COVID-19 is unwarranted, but you can’t deny that there have been some serious ramifications, not least of which is the end of the historic U.S. stock bull market. In as little as 20 days, major averages fell more than 20 percent off their highs, wiping out nearly all of the gains since January 2019.

The U.S. wasn’t alone, of course. The world aggregate exchange market cap has lost a mind-boggling $16.1 trillion. Meanwhile, CLSA reported an all-time record correlation in the degree to which global stocks sold off, “even surpassing that of 2008, reflecting that global selloffs are taking place together with an unprecedented synchrony.”

This has created some very attractive buying opportunities, as I mentioned last week. Global airline stocks were most oversold since September 2001, following the attacks on 9/11, and with Brent crude oil trading at around $30 a barrel, carriers have received a substantial cut to their fuel costs. According to JPMorgan, North American airlines produce 21 percent of global capacity and 65 percent of global profitability, so they are well equipped to weather this downturn.

Watch my interview with Small Cap Power on money printing and gold mining by clicking here!

The FTSE Gold Mines Index encompasses all gold mining companies that have a sustainable, attributable gold production of at least 300,000 ounces a year and that derive 51% or more of their revenue from mined gold. MVIS Global Junior Gold Miners Index is a pure-play, global index, tracking the performance of the most liquid junior companies in the global gold and silver mining industry that generate or intend to generate at least 50% of their revenues from this sector. The Dow Jones Industrial Average is a price-weighted average of 30 blue chip stocks that are generally leaders in their industry. The S&P 500 Stock Index is a widely recognized capitalization-weighted index of 500 common stock prices in U.S. companies.