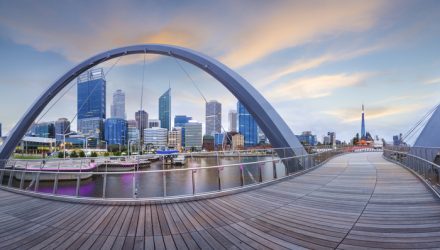 Up 17% this year, the Perth Mint Physical Gold ETF (NYSEArca: AAAU) is among the ETFs meriting more attention in the gold fund conversation.

AAAU is the first gold ETF backed by a sovereign entity, the Government of Western Australia. The fund’s Custodian Gold Corporation, which trades as The Perth Mint, is 100% owned by the Government of Western Australia and the guarantee is explicitly stated in an Act of Parliament, the Gold Corporation Act 1987. The majority of the fund’s physical gold is vaulted by The Perth Mint, and its network of central bank grade vaults is the largest in the southern hemisphere and located in Western Australia, one of the world’s most geopolitically stable regions.

AAAU recently celebrated its first anniversary in style, highlighting the strength in the gold market this year and investors’ renewed affinity for bullion-based assets. The Perth Mint said AAAU recently topped 100,000 troy ounces in holdings and $150 million in assets under management.

AAAU could add to its upside as global central banks, including the Federal Reserve, mull more interest rate cuts.

With gold’s recent strength and the yellow metal’s status as a safe-haven investment, analysts have recently been boosting price targets on the commodity. Some have even renewed calls for gold to hit $2,000 per ounce.