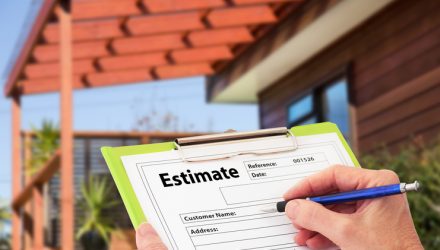 U.S home prices have risen at their fastest past in five months, fueling the ongoing strength in the housing market and homebuilders sector-related exchange traded funds.

Furthermore, a separate report out of the Federal Housing Finance Agency revealed house prices increased 0.2% in October month-over-month, or slightly less than the 0.4% median estimate of economists.

Other data also revealed further stabilization in the housing market, such as an increase in contract signings to purchase previously owned U.S. homes over November for the third time in four months.

“Housing data continue to be reassuring,” Craig Lazzara, global head of index investment strategy at S&P Dow Jones Indices, said in a statement. “It is, of course, still too soon to say whether this marks an end to the deceleration or is merely a pause in the longer-term trend.”

However, some were wary of that the housing sector can repeat this year’s outperformance.

“Demand for housing is unlikely to sustain the pace of recent rebound in 2020, as mortgage rates appear to have bottomed out and supply remains thin. Bloomberg Economics expects median home price appreciation for the year ahead to be in the low single digits,” Andrew Husby, a Bloomberg economist, said.