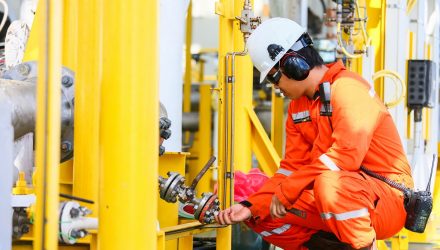 “Reaves Asset Management has demonstrated its pedigree in utility sector investing over the last four decades, further showcased by UTES’ stellar track record of consistently outperforming its peers since its inception in 2015 as Reaves Utilities ETF,” said William Smalley, executive managing director of Virtus ETF Solutions, in a statement. “In addition, the meaningful reduction in the management fee to 49 basis points reflects our continued commitment to helping investors achieve better outcomes.”

UTES is an actively managed utilities ETF with a four-star Morningstar rating. The ETF “invests primarily in utility companies and seeks to provide total return through a combination of capital appreciation and income,” according to Reaves.

UTES debuted in September 2015 and had almost $15 million in assets under management as of April 15. At the end of last year, the ETF’s top 10 holdings combined for 64.60% of the fund’s weight.

The utilities sector is one of the most rate-sensitive groups in the U.S. equity market, meaning the group stands to benefit the longer the Federal Reserve holds off on its next interest rate hike. Better yet would be an interest rate cut, something some bond market observers believe is a possibility late in 2019.