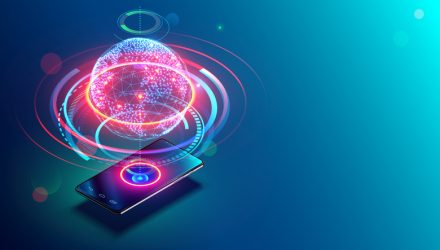 Plenty of Catalysts For This Cost-Effective Tech ETF

Investors looking for a cost-effective avenue for betting on large-cap technology stocks should consider the Fidelity MSCI Information Technology Index ETF Technology Equities (NYSEArca: FTEC). Like the other members of Fidelity’s lineup of expansive sector ETFs, FTEC is the least expensive fund in its respective category, charging just 0.08% per year.

Beyond that low fee, there are plenty of reasons to consider FTEC this year. The fund tracks the MSCI USA IMI Information Technology Index and allocates about 35% of its combined weight to Apple (NASDAQ: AAPL) and Microsoft (NASDAQ: MSFT).

Apple is looking to cut the cords with its charging mechanism, the Lightning connector, as reports indicate that the iPhone maker plans to implement wireless charging on its smartphones. This could keep ETFs with the heaviest weightings of Apple on investors’ radars.

As has been widely noted, 5G is expected to be a significant driver for technology stocks this year.

“5G, the fifth generation of wireless network technology, is on the horizon,” said Nidhi Gupta, Fidelity sector portfolio manager, Select Technology Portfolio (FSPTX), in a recent note. “The promise of 5G is faster speeds, lower latency—that is, shorter delays in data transfer—higher connection capacity and broader coverage. In practical terms, these technological advances could eventually enable capabilities such as the internet of things, autonomous driving, sophisticated augmented-reality and virtual-reality experiences, and much more.”

The Promise of 5G

“The smartphone market could see an upgrade cycle as companies introduce 5G phones in 2020 but it will depend on 2 factors: 1) the robustness of the network carriers build and 2) the richness of the experiences that developers build on the network,” according to Fidelity.

Perhaps more important than the technological changes to the new iPhone however is the fact that iPhones will now be able to integrate 5G technology, which has the potential to really change the space the way LTE technology did.

Much much of Apple’s performance has been tied to iPhone cycles, and that investors could learn a lot from observing stock performance statistics gleaned from these iPhone launches. That could be a boon for FTEC later this year when the first 5G iPhones are introduced.

“One key fact that might impact the year ahead is that smartphones designed for 4G will not operate on 5G networks,” according to Gupta. “This, coupled with the relatively advanced age of the average handset and expectations that mobile phone manufacturers will introduce 5G mobile phones in 2020, has led to speculation that there could soon be a long-awaited upgrade cycle in the smartphone market.”