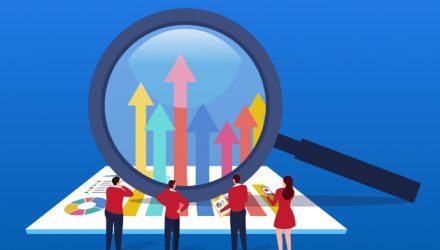 With U.S. stocks recently touching all-time highs, it may be difficult for some investors to envision substantial near-term declines, but it is best to prepare for declines rather than react to those moves after the fact. Fortunately, there are ways for investors to prepare those events while maintaining upside exposure.

The ProShares S&P 500 Aristocrats ETF (CBOE: NOBL) has proven to be less bad and less volatile than broader equity benchmarks when stocks falter. Plus, NOBL is up nearly 17% year-to-date and resides near all-time highs, indicating it does thrive when the broader market rises.

Excluding the fourth quarter of 2018 because we are not yet a year removed from that period, NOBL’s underlying index outperformed the S&P 500 in the one-year period following those drawdowns in three of those four years with the third quarter of 2011 being the exception. Even then, NOBL’s index trailed the S&P 500 by a mere 0.10%.

With NOBL being a dividend ETF, it is a perfect strategy for long-term investors to consider. Dividend-paying companies have also exhibited a long history of outperforming the markets. Since 1960, dividends have contributed approximately 33% of the S&P 500’s total return.

Following those five drawdowns, the out-performance of NOBL’s index of the S&P 500 over the next year, three and five years was nearly 3%.

“If you’re looking for high-quality large-cap stocks that have demonstrated a history of weathering market turbulence, consider ProShares S&P 500® Dividend Aristocrats ETF (NOBL),” according to ProShares. “Many investors have come to expect outperformance of dividend growth strategies during periods of market stress. But perhaps even more impressive is that NOBL’s index outperformed the market in 11 of 12 subsequent periods from the index’s inception in 2005 to year end 2018.”