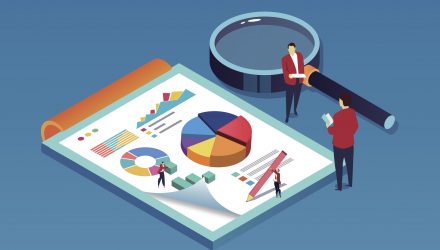 The iShares National Muni Bond ETF (NYSEArca: MUB) is up nearly 6% year-to-date and some market observers believe municipal bonds can continue delivering upside in the second half of 2019 and that demand for the normally conservative corner of the fixed income market remains steady.

With bond market mavens warning investors of headwinds in the fixed income space like the possibility of an inverted yield curve, rising rates and BBB debt sliding out of investment-grade, investors need to be keen on where to look for opportunities.

One area is within the municipal bond space, which may have gotten a boost following last November’s midterm elections. In particular, with respect to infrastructure spending—it’s one of the few things, if any, that Democrats and Republicans can agree on, but with the newly-divided Congress, this could fuel municipal bond ETFs.

“The demand for municipal bonds, primarily from retail, has been nothing short of sensational,” said BlackRock in a recent note. “We’ve seen $52 billion in flows from January through the week ended July 17. That has been coupled with eight months of positive performance going back to November of 2018, as interest rates began to fall. Year to date through July 24, municipal bonds are up 5.80% and up 8.35% since November 2018, as measured by the Bloomberg Barclays Municipal Bond Index.”

Municipal bonds, also known simply as munis, are debt obligations issued by government entities. Like other forms of debt, when you purchase a municipal bond, you are loaning money to the issuer in exchange for a set number of interest payments over a predetermined period of time. At the end of that period, the bond reaches its maturity date, and the full amount of your original investment is returned to the investor.

Tax reform is playing a pivotal role in driving demand for municipal bonds among retail investors.

“Tax reforms have actually supported demand from retail investors, after a year where we witnessed institutional owners (~25% ownership) right-size their allocations,” according to BlackRock. “Consider that the most meaningful tax benefit went to the corporate sector, which saw its effective tax rate reduced 14%, to 21%. For individuals, the top marginal tax rate came down only 2.6%. And when you factor in the limited deductions at the state and local level, many people saw their tax obligations increase.”