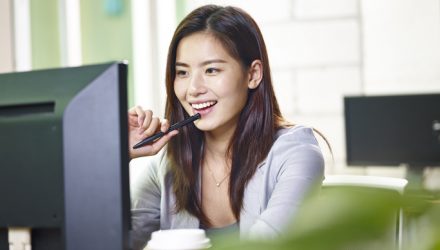 “In its recent announcement on projected changes for the Russell US Indexes at this year’s Russell Reconstitution, FTSE Russell highlighted that Microsoft (MSFT) gained nearly 30% market cap since last year’s Russell rebalance through May 10 rank day to become the largest US stock in the Russell US Indexes this year with a total market cap of $974.2 billion,” said FTSE Russell in a recent note.

The iShares Russell 1000 ETF has $20.41 billion in assets under management and is home to 976 stocks. Microsoft currently accounts for 3.81% of the fund’s weight while Apple Inc. (NASDAQ: AAPL) is IWB’s second-largest holding at 3.44%.

If economic growth sputters this year, investors may want to consider embracing large-cap exchange traded funds over small-cap equivalents. Looking ahead, it will be hard to find additional reasons for small-caps to outperform large-caps as strong earnings and tax reforms have already been priced into the market, according to Morgan Stanley analysts.

A Look Inside IWB

“As we prepare for the annual rebalance of the Russell US Indexes in late June, our projected index changes show Microsoft assuming the mantel as the largest US stock with Apple falling off the top perch it has held since 2012,” said Catherine Yoshimoto, FTSE Russell director of product management.