You are at:Home»Core Equity Channel»Maybe The Right ETF For a Green New Deal 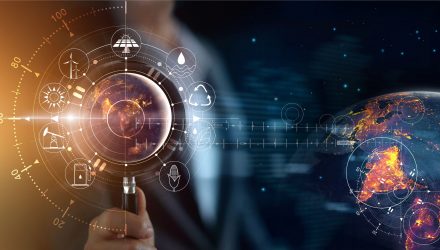 Maybe The Right ETF For a Green New Deal

“The Green New Deal is now a green new plan, with Rep. Alexandria Ocasio-Cortez, D-N.Y., and Sen. Ed Markey, D-Mass., set to roll out a resolution calling for a complete transition to renewable energy by 2030,” reports NBC News.

While the Green New Deal still has a long way to go before becoming law, it is widely viewed as another political shot across the bow aimed at fossil fuel producers. Investors can remain engaged in a traditional basket of equities while excluding the energy sector with the S&P 500 Ex-Energy ETF (NYSEArca: SPXE), which provides exposure to S&P 500 companies with the exception of those included in the energy patch.

The Green New Deal proposal, which is a non-binding proposal, “calls for new projects to modernize U.S. transportation infrastructure, de-carbonize the manufacturing and agricultural sectors, make buildings and homes more energy efficient… as well as universal health care and federal job and training guarantees,” according to Seeking Alpha.

At a time when the energy sector is some politicians’ cross-hairs, SPXE has some benefits for investors to consider.