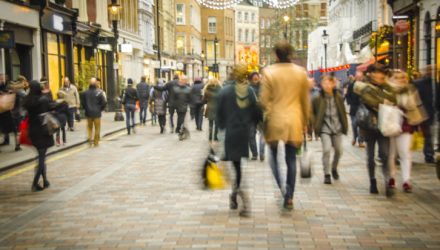 Make an Icahn Inspired Trade With This Unique Retail ETF

Among retail ETFs, the ProShares Decline of the Retail Store ETF (NYSEArca: EMTY) is one of the premier avenues for profiting from the decline of brick-and-mortar retailers and the emerging weakness in traditional malls.

Underscoring the point that EMTY could be ready to rally, some well-known, professional investors are picking up on the theme of the demise of malls.

Icahn’s bet against corporate debt issued by mall property owners appears to be inspired by a familiar theme: rampant physical store closures across the U.S.

Decline of the Retail Store

“The big bet by the legendary investor comes as U.S. retail store closures — many of them as part of mall shutdowns — have hit record highs this year as customers get more accustomed to the convenience of online shopping,” reports CNBC.

News of Icahn’s anti-mall bet comes a day after the Commerce Department revealed that online shopping ticked higher in the third quarter, another catalyst for EMTY.

“The Census Bureau of the Department of Commerce announced today that the estimate of U.S. retail e-commerce sales for the third quarter of 2019, adjusted for seasonal variation, but not for price changes, was $154.5 billion, an increase of 5.0 percent (±0.4%) from the second quarter of 2019,” said the Commerce Department in a note out Tuesday.