You are at:Home»Core Equity Channel»It’s The End Of The World As We Know It, And SPY Feels Fine 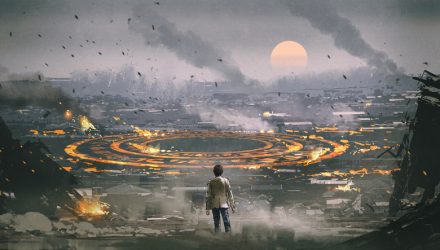 It’s The End Of The World As We Know It, And SPY Feels Fine

DISCLAIMER: This article is not directed at, nor intended to be relied upon by any UK recipients. Any information or analysis in this article is not an offer to sell or buy any securities. Nothing in it is intended to be investment advice and it should not be relied upon to make investment decisions. Cestrian Capital Research Inc or its employees or the author of this article or related persons may have a position in any investments mentioned in this article. Any opinions or probabilities expressed in this report are those of the author as of the article date of publication and are subject to change without notice.

All students of economic organization should be sat back in wonder at how powerful capitalism has become. It has shrugged off crisis after crisis. Contrary to Karl Marx’s confident prediction that capitalism would collapse under its own weight, ushering in an inevitable era of socialism, it simply feeds on each new challenge and moves on and upward. Nobody, not the leftist parties of Europe and not Elizabeth Warren in the US, can hold back the sheer force of capitalistic creativity. We believe the result of the UK’s general election (socialism roundly rejected) will be repeated come next year’s Presidential election. Capitalism rules supreme.

Demand crisis in the 1930s and 1950s? Pah. Keynesianism to the rescue. Tax and spend, or “New Deal” if you prefer a more centrist narrative, stimulate demand, economy moves up. Inflation crisis in the 1970s? No problemo. Monetarism crushed it. Rates up, inflation down. Easy. Runaway junk bond market in the 1980s? Storm in a teacup. Nobody really noticed. Huge, western-civilization-threatening credit crisis in the 2000s? Hm. That one took a bit of work. And cost a few jobs. And homes. But hey – look at us now – credit crisis in the rear view mirror and every indicator you can think of is turned up to 10.

Jobs – up. Unemployment – down. Rates – down. Growth – good. Yield curve – behaving. Equities – up. Credit defaults – down. Inflation – down.

Does not compute. In any framework yet developed. Not Keynesianism. Not monetarism. Not any -ism.

Today’s US economy and market is breaking new ground. We take 2009 as Year Zero. That was when the world’s greatest minds and the deepest pockets got together to save capitalism. They did good. Better than anyone could have expected.