You are at:Home»Core Equity Channel»ITA ETF Drops Nine out of 10 Days After Boeing Fallout 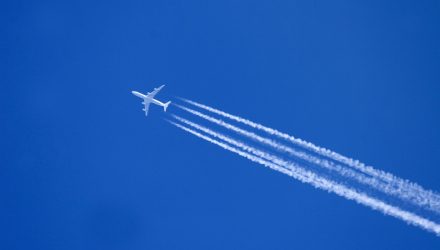 ITA ETF Drops Nine out of 10 Days After Boeing Fallout

The iShares US Aerospace & Defense ETF (BATS: ITA) fell as much as 1 percent on Friday after continued fallout from the crash of a Boeing 737 MAX 8 plane during Ethiopian Airlines Flight 302 last Sunday.

With an 11.70 percent weighting in Boeing as of March 15, ITA has been down nine of the last 10 days. ITA pared losses in Friday’s early trading session after Boeing said it would release a software upgrade for the 737 in the coming weeks.

Since the beginning of March, ITA is down about 5.7 percent, but still up 20.98 percent year-to-date based on Morningstar performance numbers. From a technical standpoint, the fund has fallen below its 200-day moving average, which could signal a buy for investors seeking value.

Ethiopian Airlines Flight 302 crashed shortly after takeoff, taking the lives of all 157 people on board. It was the second deadly crash in a span of less than six months involving a 737 MAX 8, which is Boeing’s top-selling plane.

Last October, a 737 MAX 8 operated by Indonesian carrier Lion Air fell into the Java Sea just shortly after takeoff, taking all 189 lives on board. Ethiopia, China and Indonesia were among the countries that were quick to ground Boeing 737 MAX 8 planes with regard to safety concerns.

Following days of public pressure, President Donald Trump announced that all 737 MAX 8 planes were grounded after safety regulators in 42 countries made similar moves. The jets are now grounded worldwide.

“The safety of the American people and all people is our paramount concern,” Mr. Trump told reporters in the White House in making the announcement.

“Since this accident occurred, we were resolute in our position that we would not take action until we had data to support taking action,” said Daniel K. Elwell, the Federal Aviation Administrator’s acting administrator. “That data coalesced today (Wednesday), and we made the call.”