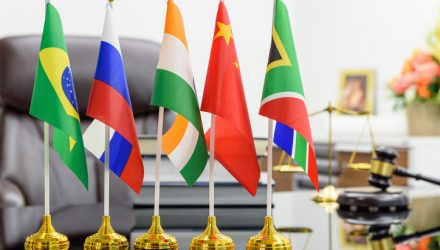 It Could Pay to Go Small in Emerging Markets

When it comes to emerging markets exchange traded funds, investors typically embrace large-cap fare, but going small with the SPDR S&P Emerging Markets Small Cap (NYSEARCA: EWX) could pay off over the long-term.

EWX tracks the S&P Emerging Markets Under USD2 Billion Index. The index includes companies with a market cap of at least $100 million up to $2 billion. An important advantage of emerging markets small-caps is that these companies are usually more levered to growing themes within domestic economies whereas large-cap emerging markets companies are more exposed to global macro trends.

While emerging markets are struggling amid the trade wars being pressed by the U.S., EWX has recently outperformed the large-cap MSCI Emerging Markets Index and has done so with less volatility.

“Doubling its share of the global economy in the past 25 years and projected to grow at an average annual rate 3.3 times faster than those of major advanced economies through 2024, the emerging market (EM) segment is too big to ignore,” said State Street in a recent note. “With US dollar strength likely to fade going into the end of the year and late-cycle dynamics potentially supporting commodity prices, a broad EM allocation may be appealing, especially with the currently attractive valuations.”

China is usually the largest geographic exposure in large-cap emerging markets funds, but EWX allocates over 29% of its weight to Taiwan, more than double its China weight.

“Yet, given EM’s susceptibility to currency and commodity shocks and its higher beta to the global economic climate, targeting EM sub-segments that may be more resilient to headline risks from trade tensions, macroeconomic shocks and developed market deceleration could better capture the structural changes fueling higher growth rates,” said State Street.

Another advantage of EWX is its exposure to emerging markets consumers. The fund devotes about a third of its total weight to technology and consumer discretionary names.

“Citing rising incomes, a growing workforce and increased urbanization, the McKinsey Global Institute estimates that domestic consumption in emerging countries will increase from $12 trillion in 2010 to more than $30 trillion in 2025, as their share of world consumption grows from 32% to 47%,” according to State Street.