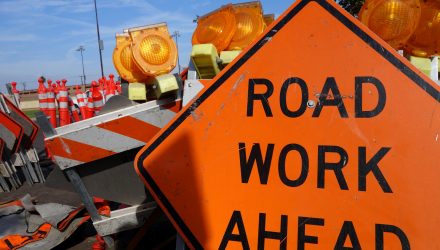 Dating back to the 2016 presidential campaign, infrastructure investments have been receiving renewed attention. That theme is benefiting some ETFs, including the ProShares DJ Brookfield Global Infrastructure ETF (NYSEArca: TOLZ).

What’s Next for Infrastructure

“While funding limitations have historically weighed on demand, the outlook should improve,” said Morningstar in a note out earlier this year. “First, midterm election results should ultimately boost funding at the national, state, and local levels. Until then, the FAST Act will continue to provide near-term funding support, as the Highway Trust Fund has enough funding to cover large outlays through 2021.”

TOLZ is home to 126 stocks with a weighted average market value of $11.33 billion, putting the fund at the lower end of large-cap territory. TOLZ is a global ETF with 10 countries represented in the fund, all of which are developed markets. North America dominates the geographic lineup in TOLZ as U.S. and Canadian infrastructure names combine for over 64% of the fund’s weight.