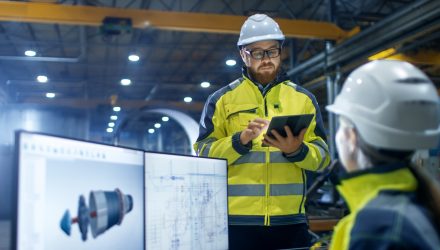 Overall industrial production rose 4% year-over-year while capacity utilization, which indicates how much industries are producing compared with what they could potentially produce, was up by 0.1 percentage point to 78.7% in December, the highest reading in about four years.

Supporting the growth in the industrial segment, manufacturers across a number of categories produced more last month, with vehicle and car-parts makers leading the charge. Production of appliances, clothing, and paper items also climbed.