You are at:Home»Core Equity Channel»Impact of Dividend Announcements on S&P DJI Dividend Indices 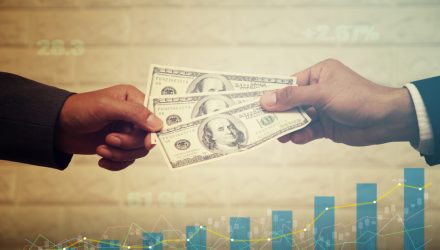 Dividend-paying companies have been in the spotlight as a direct consequence of the ongoing COVID-19 pandemic and crude oil glut crisis. A combination of strained corporate cash flows and political intervention has seen many companies cancel, cut or postpone payments globally.

In this blog, we examine the potential impact of these events on the S&P DJI Dividend Indices.

Broadly, there are two categories of reviews: monthly and annual/semiannual. Monthly reviews are intended for maintenance, typically to remove stocks that have canceled their dividends, while annual or semiannual rebalances are full reviews of each index to ensure alignment with their respective methodologies. The schedule of reviews (see Exhibit 1) gives us a timeline of potential constituent changes for various dividend indices. Per the timeline, the most imminent change is the April monthly review (effective as of April 30, 2020, close).

The S&P DJI Index Committee confirmed the deletions from its dividend indices as part of its regular monthly reviews on April 23, 2020. However, it also announced that it will suspend the April and May 2020 monthly reviews for the S&P UK High Yield Dividend Aristocrats (HYDA) and the S&P Euro HYDA.

Based on public announcements, we further analyzed the existing index constituents to evaluate potential turnover at the upcoming annual reviews or subsequent monthly reviews. To accomplish this, we assigned constituents into four main categories (see Exhibit 3):

With the exception of the S&P UK HYDA and S&P Euro HYDA, a large part of the S&P Dividend Aristocrats Indices could have a limited impact, with an average of 6% indicating a cancel or decrease, while 84% announced they would maintain or increase.

Looking across all dividend indices, we identified five indices that see greater than 20% of their respective compositions under the Cancel/Decrease category: the S&P UK HYDA, S&P Euro HYDA, S&P Emerging Markets Dividend Opportunities Index, Dow Jones EPAC Select Dividend Index, and Dow Jones Asia/Pacific Select Dividend 30 Index. The S&P UK HYDA stands out and is reflective of the dividend landscape in the UK, where over 40% of companies have cancelled dividends.

It is important to note that the Unknown category does not necessarily indicate negative action. Companies in this category have simply not made announcements or postponed their ex-dates.

The sectoral impact for indices with greater than 10% of their index compositions categorized under Cancel/Decrease and Announced Drops was relatively distinct for each region. The impact in Asia Pacific was largely concentrated among three sectors, in contrast to other regions that were more distributed. Exhibit 4 shows that Materials contributed meaningfully to all regions and Retailing also had a significant impact for most regions, particularly Asia Pacific.

These are unprecedented and testing times for dividend strategies, and the S&P DJI Index Committee continues to monitor and take necessary action to ensure its dividend indices conform to their objectives. While many of the S&P U.S. Dividend Indices have weathered the storm relatively well, the standout was the S&P 500 Dividend Aristocrats, which had no deletions announced for the April monthly review. Interestingly, it also incorporates the deepest sustainable screen by only including companies that have increased dividends over 25 years.

This blog does not provide any indication of the likely course of action by the S&P DJI Index Committee, with the exception of the confirmed and announced changes.