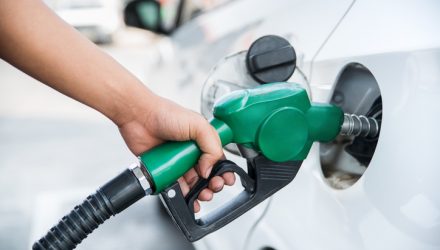 How to Avoid Fossil Fuels With ETFs

Investors looking to focus on the virtues of environmentally sound investing have a growing number of exchange traded funds to consider. The SPDR S&P 500 Fossil Fuel Free ETF (SPYX), which debuted in 2015, is one of the more seasoned options in that category.

SPYX “seeks to allow climate change-conscious investors to align the core of their investment strategy with their values by eliminating companies that own fossil fuel reserves from the S&P 500,” according to State Street.

A rival to SPYX is the S&P 500 Ex-Energy ETF (NYSEArca: SPXE), which provides exposure to S&P 500 companies with the exception of those included in the energy patch.

During times the energy sector has struggled, SPXE has outperformed that sector and the S&P 500. Investors looking for broad small-cap exposure while avoiding energy stocks may want to consider the Nuveen ESG Small-Cap ETF (CBOE: NUSC).

NUSC “has barely half the category average exposure to fossil fuels and none of it in actual fossil-fuel reserves (so it is fossil-fuel-reserve-free). Launched in late 2016, NUSC charges 0.4% and so far, so good on performance: Its 6.9% two-year annualized return through May ranks in the top decile of the small-blend category,” according to Morningstar.