You are at:Home»Core Equity Channel»Global ETF Industry Notched Another Record Year of Inflows 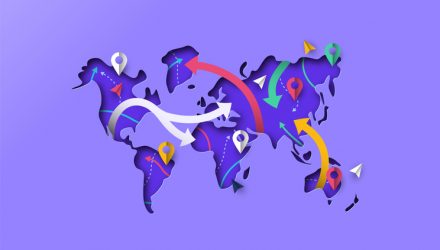 The ETF industry ended 2019 with record assets as investors funneled billions of dollars into ETFs to ride the record-setting broad market rally.

“New cash business for ETF providers globally over the past decade has now exceeded $3.7tn and the industry’s worldwide assets ended 2019 at a record $6.3tn,” Deborah Fuhr, co-founder of ETFGI, told the Financial Times.

Leading the charge in the ETF industry, BlackRock and Vanguard have been engaging in an aggressive price war on fees that has helped attracted billions in new inflows and forced industry rivals to overhaul their businesses just to keep up.

The ETF industry has enjoyed steady growth as more investors became disillusioned with underperforming and often costly active fund strategies. Consequently, more have turned to cheap index-based funds like broad market ETFs that try to mirror major benchmarks. These plain vanilla, passive index strategies are also cheap to maintain, which has been transferred over to lower fees, and the ETF industry has been engaging in an aggressive fee war that has helped drive expense ratios closer and closer to zero.

In 2019, new business for BlackRock’s iShares ETF arm increased 8.2% to $180.2 billion while net ETF inflows for Vanguard, which has recently cut the fees on a handful of its products, surged 28% to $118.8 billion. State Street, the third-largest provider by assets under management, also added net ETF inflows of $31.2 billion last year.

There are now 2,356 U.S.-listed exchange traded products from 147 fund sponsors with $4.5 trillion in assets under management, according to ETFdb data. Investors threw a net $56 billion into U.S.-listed ETFs in December.