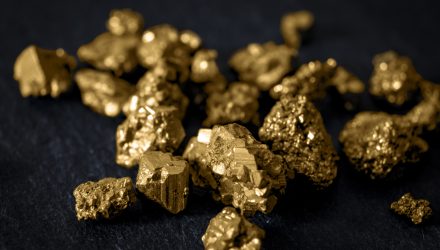 Gold exchange traded funds such as the SPDR Gold Shares (NYSEArca: GLD)  have given up some ground in recent days, but data suggest global investors and central banks remain fond of bullion.

“Gross purchases of 48 tonnes (t) and gross sales of 13t led to global gold reserves rising by 35 tonnes on a net basis in January, with sizeable increases from 9 central banks,” according to the WGC. “This is the largest January increase in gold reserves in our records (back to 2002) and illustrates the recent strength in gold accumulation. Demand was concentrated amongst emerging market central banks with diversification the key driver in the face of ongoing geopolitical and economic uncertainty. Please note that our data set now includes gold reserves data for Uzbekistan back to December 2017.”

What’s Next for Gold Investing

Gold bulls in particular see momentum after the Federal Reserve officials hinted at a more dovish stance on interest rates for this year. According to Fed fund futures, options traders were betting on a 9% chance rates will fall this year and 91% are betting on an unchanged interest rate outlook.

Central banks in China and Russia have been boosting gold holdings over the past several and in late 2016, Turkey’s central bank started boosting its bullion holdings, according to WGC data.

For more information on the gold markets, visit our gold category.