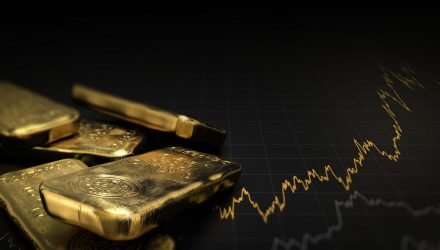 For many investors, gold is the standard in precious metal investing, which has become more accessible than ever thanks to options via an exchange-traded fund (ETF) wrapper like the SPDR Gold MiniShares (NYSEArca: GLDM).

In 2018, rising interest rates that coincided with an extended bull run in U.S. equities for most of the year fueled a strong dollar, tamping down gains for gold. However, when investors got washed in a cycle of volatility that started in the fall and lasted through year’s end, investors were quick to reconsider the precious metal as a safe haven, which helped ETFs like the SPDR Gold Shares (NYSEArca: GLD)–an industry leader with a $34 billion market cap.

Adding precious metals to a portfolio certainly speaks to the diversification benefits of gold, among other things. However, with gold trading at over $1,300 an ounce and GLD having a share price of over $100, investors who feel they might be priced out of this asset can look to a low-cost solution like GLDM.

“GLDM has a low yearly management fee,” said Greg Collett, Director of Investment Products at the World Gold Council. “It was squarely-aimed at the long-term holding, buy-and-hold gold investor.”

A Default Safe-Haven Against a Falling Dollar

Furthermore, the value of gold has risen steadily over the years.

“The gold price was depressed during the middle two quarters of last year in particular by the exceptional strength in the U.S. equity market and by the strength of the dollar,” said George Milling-Stanley, of Head of Gold Strategy at State Street Global Advisors. “Looking into 2019, I don’t expect either of those two markets to be as strong and therefore, a headwind for gold.” 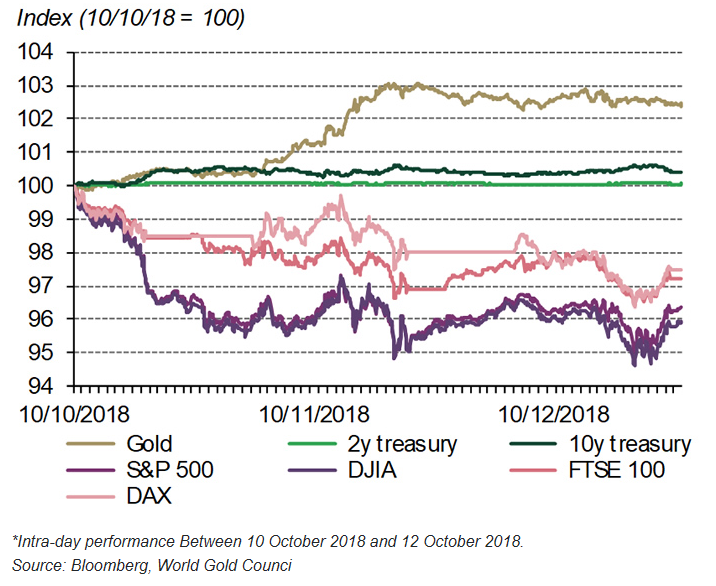 Ease of Investing Via an ETF

As mentioned, precious metals like gold offer investors an alternative to diversify their holdings. Like other commodities, gold will march to the beat of its own drum compared to the broader market.

Due to this negative correlation, large downturns in the broad market may not affect commodities. By investing in a gold ETF like GLDM versus actual gold, investors can also reap the benefits of an ETF like its tax efficiency.

For GLDM investors specifically, the ETF offers the following benefits:

Per GLDM’s latest factsheet, net assets exceed over $600 million–a remarkable feat given that the inception date of the fund was less than a year ago–June 25, 2018.

“GLDM had the highest organic growth of any ETF launched last year,” said Collett, who referenced GLDM’s growth in comparison to other ETFs where a firm brought its own assets to the fund or ETFs that were launched as part of a structural change to a pre-existing product.

The U.S. stock market has been the default play for investors during the historic, decade-long bull run, but the latest volatility may have steered them off course and opportunities abroad could be an alternative. Despite the deep declines in emerging markets this year, with respect to value compared to price, many of these plays from abroad present a profitable opportunity that can be realized, especially if China and the U.S. ameliorate their trade differences.

With the price of gold experiencing a serendipitous rebound from 2018, investing in gold for these countries abroad makes sense. Gold is up just over 4 percent thus far in 2019.

“We’ve seen record levels of buying by emerging markets central banks in 2018–the highest net purchases in one year since 1971–the end of the gold standard,” said Milling-Stanley.

However, EM countries buying gold is not a new phenomenon.

“Emerging markets central banks have been steady buyers of gold for a decade now and they show every intention of continuing to reduce their holdings of U.S. Treasuries and increase their holdings of gold,” added Milling-Stanley.

The World Gold Council, in conjunction with State Street Global Advisors, are certainly putting gold investment education at the forefront to ensure that investors are aware of the benefits that can be derived from gold investing. With both GLD and GLDM growing at a rapid rate, a resurgence of interest in gold could be at its nascent stages.

“We put significant resources behind these products and I think investors like that,” said Milling-Stanley. “Not everybody comes to the gold story committed to investing in gold–they need to know more about it.”