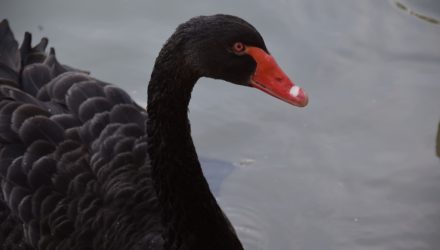 Give the Black Swan ETF a Closer Look Amid Market Madness

Circuit-breaking market activity like the ones we’ve been seeing lately amid the coronavirus-laden volatility makes the Amplify BlackSwan Growth & Treasury Core ETF (NYSEArca: SWAN) a prime play to consider.

SWAN seeks results that generally correspond to the price and yield of the S-Network BlackSwan Core Total Return Index. SWAN will invest at least 80% of its total assets in the securities that comprise the index, which will primarily include U.S. Treasury securities and long-dated call options (“LEAP Options”) on the SPDR S&P 500 ETF Trust (NYSEArca: SPY).

“The theory behind Black Swan is to own S&P exposure but to also own U.S. Treasurys. During times of market crisis, Treasurys are bought up like crazy and they act as a great negative-correlated asset to equity exposure,” said Amplify founder and CEO Christian Magoon on an episode of CNBC’s “ETF Edge.”

Furthermore, the index is a rules-based, quantitative index that seeks to provide capital protection against the unpredictable, rare and highly disruptive events referred to as “black swans.”

According to the Corporate Finance Institute, the following can portend a black swan event–the term popularized by former Wall Street trader Nassim Nicholas Taleb in his book Fooled by Randomness:

A prime example of a black swan event would be the 2008 financial crisis, but more recent events like the coronavirus outbreak could also be deemed a black swan-type event.

SWAN seeks to buffer the impact of a black swan event since 90% of SWAN will be invested in safe-haven U.S. Treasury securities, while approximately 10% will be invested in SPY LEAP Options in the form of in-the-money calls. This gives investors exposure to capture any potential upside by staying invested in the S&P 500 if, for example, a permanent trade deal is negotiated between the U.S. and China.

As mentioned, SWAN will absorb any negative market downturns by investing in the tried-and-true safe haven of Treasury notes if negotiations happen to go awry between the U.S. and China–due to their negative correlation with the S&P 500. Of course, anything can derail a 2019 comeback of U.S. equities, but however a black swan manifests itself, SWAN has investors prepared at a low cost with a 0.49 percent expense ratio.