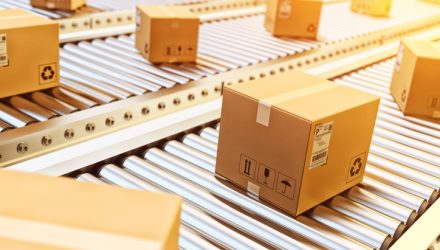 Get Primed For Prime Day With This ETF

Amazon’s famed Prime Day is fast approaching and with the stock residing above $2,000 for the first time in nine months, it is evident investors expect this Prime Day to smash previous records. Investors can tap into that trend with exchange traded funds such as the ProShares Online Retail ETF (NYSEArca: ONLN).

As for being a relevant Prime Day trade, ONLN is definitely that. The ETF allocates about a quarter of its weight to Amazon, one of the largest weights to the stock among all US-listed ETFs.

“Online sales still only make up about 12% of total global retail sales,” said ProShares Global Investment Strategist Simeon Hyman. “Even as global e-commerce sales doubled over the last 5 years to about $2.8 trillion annually, the rapid adoption of online shopping is likely to continue as more global consumers start using mobile devices and gain handheld access to the Internet.”

More data points support the long-term thesis for ONLN, one that extends well beyond Prime Day.

“More than 340 million people have become digital shoppers since 2014, adding to a population that is expected to surpass two billion people by 2020, a 19% increase from current level,” according to ProShares. “By 2020, online sales are expected to pass $4 trillion, and the biggest players are widely expected to capture a major share of the growing pie. Amazon is projected to account for half of all online sales by 2023.”