So much has been said regarding whether the current market rally can continue through 2020. Legendary investor George Soros, author of the book “The Alchemy of Finance” says the market has reached a boiling point and that will bubble over ahead of U.S. President Donald Trump’s bid for re-election.

Before the coronavirus outbreak, markets were roaring, which in turn, could bode well for President Trump’s re-election efforts. Soros, however, sees this playing out in a different fashion.

“The stock market, already celebrating Trump’s military success, is breaking out to reach new heights,” said Soros. “But an overheated economy can’t be kept boiling for too long. If all this had happened closer to the elections, it would have assured his reelection.”

“His problem is that the elections are still 10 months away, and in a revolutionary situation, that is a lifetime,” Soros said.

Per a CNBC report, Soros’s forecast “came on the heels of fresh record highs in the U.S. stock market and amid the longest bull market in American history. Many economists accredit the surge to the Trump administration’s policies including larger corporate profits due to the 2017 Tax Cuts and Jobs Act and renegotiated trade agreements.”

Meanwhile, the S&P 500 continues to roar to new heights. 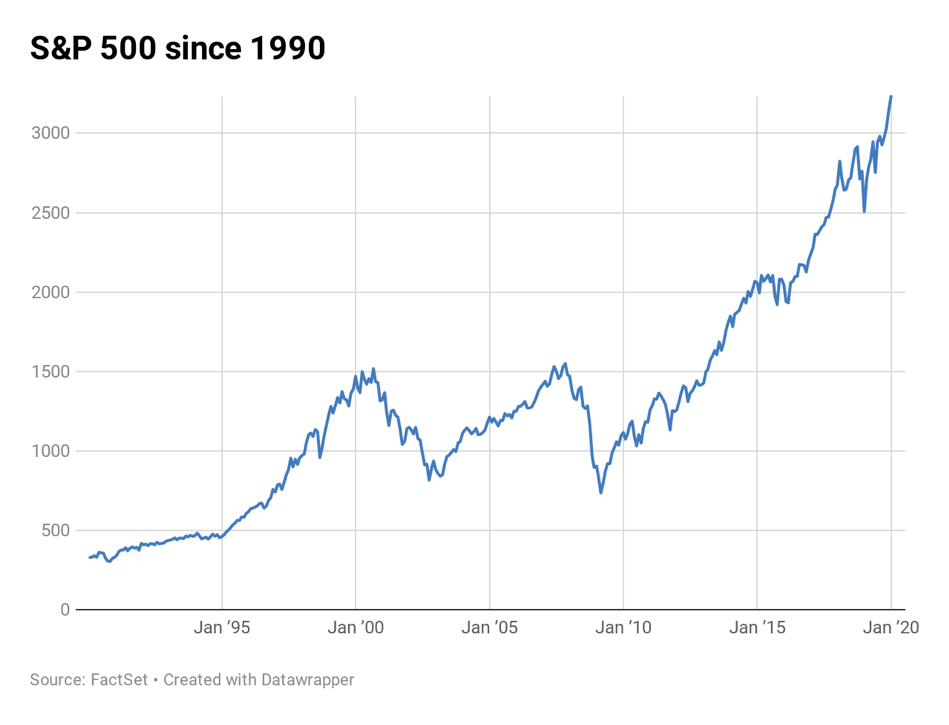 It’s been a year to remember for the S&P 500 in 2019 as the index rose close to 30% to reach its highest level since 2013. The index wasn’t alone with the Dow Jones Industrial Average and Nasdaq Composite hitting their own highs in a year-end stock market rally.

2019 wasn’t by all means a smooth ride to gains as inverted yield curves injected recession fears into investors, as well as the possibility of slowing global growth, and of course, trade wars. This caused a considerable safe haven flight to bonds, which pushed down Treasury yields while bond prices rose.

Still, market experts are forecasting just moderate gains for 2020 after a record 2019. As such, investors should take caution and exercise due diligence prior to allocating their capital.

“By any objective measure US large cap stocks start 2020 on perilous footing. Valuations are rich. Corporate debt levels are at record highs,” said Nicholas Colas, co-founder of DataTrek Research, in a note. “But… we know the Federal Reserve has learned its lesson. It will be quick to ease if necessary and slow – very slow – to raise rates.”