You are at:Home»Core Equity Channel»For Infrastructure Investors, This Toll Is Worth Paying 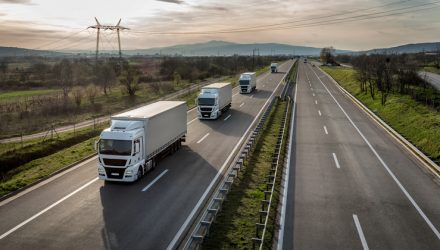 For Infrastructure Investors, This Toll Is Worth Paying

As investors search for more yield and with governments planning increased spending on infrastructure projects, related investments are getting a boost this year. For example, the ProShares DJ Brookfield Global Infrastructure ETF (NYSEArca: TOLZ) is up more than 20% year-to-date.

On its own, that’s impressive performance and TOLZ sports a dividend yield of nearly 3.10%, also impressive in today’s low-yield environment. However, there are other reasons to consider TOLZ, namely its emphasis on infrastructure purity, something some rival, legacy funds in this category often lack.

TOLZ focuses on companies whose assets include airports, toll roads, ports, communications, electricity distribution, oil and gas storage, and transport, and water in both developed and emerging markets.

“Many infrastructure investments focus on construction companies, consultants and other companies,” said ProShares in a recent note. “However, a potentially more targeted way to invest in infrastructure is to look at ‘pure-play’ companies—the names that actually own and operate infrastructure assets. With limited sensitivity to economic cyclicality and near-monopolistic positions, these companies tend to have had stable, predictable cash flows and attractive yields.”

TOLZ “focuses on companies whose assets include airports, toll roads, ports, communications, electricity distribution, oil and gas storage, and transport, and water in both developed and emerging markets. To be included in the index, companies must derive more than 70% of their cash flows from infrastructure assets. The index excludes companies that supply services such as construction and engineering to the infrastructure industry,” according to ProShares.

“Pure-play infrastructure companies are the owners and operators of infrastructure assets, such as toll roads, airports, pipelines, and communication towers,” according to ProShares. “With their near-monopolistic positions, continual demand and limited sensitivity to economic cyclicality, these companies, as a group, have had stable, predictable cash flows, attractive yields and are poised to benefit from increasing global infrastructure spending.”