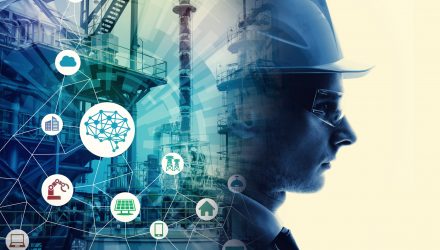 Those two oil giants often combine for close to or more than 40% of ETFs like the Energy Select Sector SPDR (NYSEArca: XLE). XLE, the largest equity-based energy ETF, allocates about 40.60% of its combined weight to Exxon and Chevron.

XLE tracks the Energy Select Sector Index. Starting April 22 and running through May 3, over 83% of that index reports first-quarter earnings, meaning plenty of earnings tests are imminent for XLE.

“Exxon Mobil and Chevron are expected to report lower quarterly earnings per share when compared with last year’s first quarter, though their stocks have outperformed smaller companies with both in the midst of aggressive expansion plans in shale oil,” reports Reuters. “A combination of lower oil prices, weakness in liquefied natural gas (LNG) portfolios and lacklustre refinery margins could hurt integrated oil companies across the board, analysts said ahead of results announcements on Friday.”

“Investors will be particularly focused on anything Chevron says about the Anadarko deal. If the company makes a higher bid for Anadarko, it could hurt the stock. Investors have shown scant interest in oil company acquisitions, preferring the companies to preserve cash or give it back to investors,” reports Avi Salzman for Barron’s.

XLE is up 17.35% this year and the energy ETF gained about 2.80% during the week ahead of the Exxon and Chevron earnings reports.