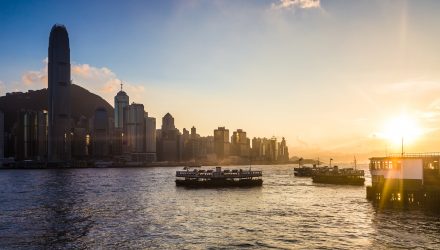 Why Emerging Markets Bonds are Trading Higher in 2019

“Going back to 2000, the median differential between the high yield bond yield-to-worst and the emerging market debt yield-to-worst is at about 1.27,” said State Street in a recent note. “Right now, that difference is 1.09, indicating that EM debt is trading nearly on par with high yield debt—despite the fact that EM debt is 80% investment grade versus all speculative grade for high yield.”

EBND, which is more than eight years old, holds 370 bonds and has option-adjusted duration of 5.43 years. Over 61% of its holdings are rated A or Baa.

EBND’s underlying index “index includes government bonds, in local currencies, issued by investment grade and non-investment grade countries outside the U.S. that have a remaining maturity of one year or more,” according to State Street.

South Korea, Brazil and Malaysia are EBND’s largest geographic exposures, combining for nearly a third of the fund’s weight.

“An emerging market debt position may introduce sovereign and currency risk,” said State Street. “However, a continued patient stance from the Fed and a docile dollar, as shown by implied currency volatility sitting near three-year lows, may alleviate some of those concerns.”